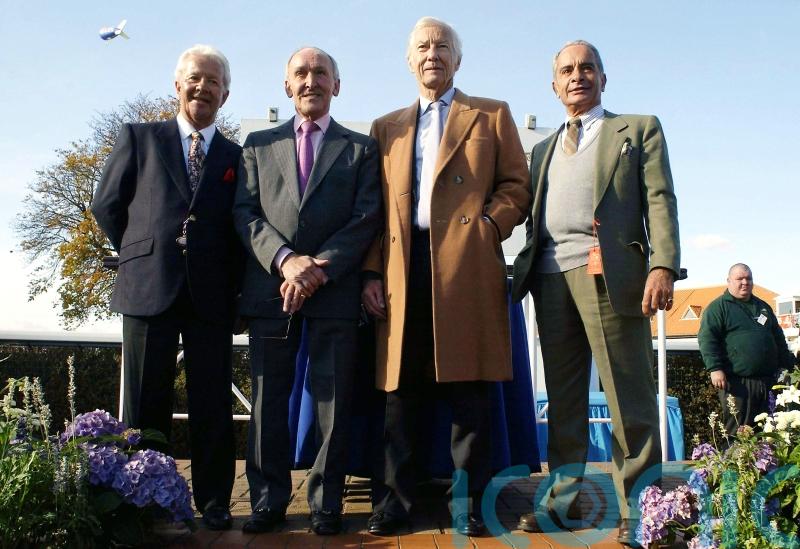 The seven Classic winners for Lester Piggott at Newmarket: 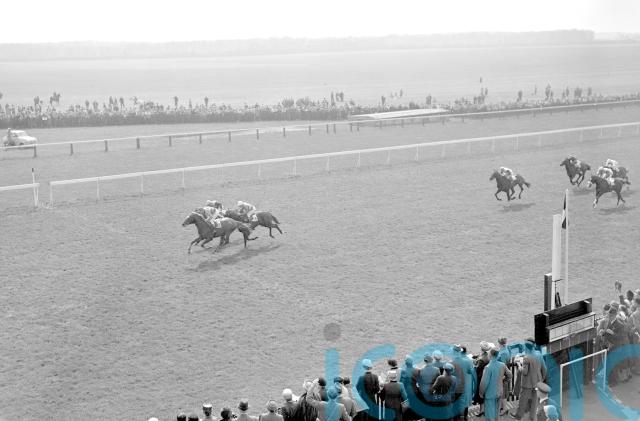 Crepello, trained by Noel Murless at Newmarket, made only five career starts but was unbeaten in his last three, all of which were Group One races. Always ridden by Piggott, as a two-year-old he gained his sole success in the Dewhurst Stakes. He always wore bandages due to his suspect legs, but still managed to win the 2000 Guineas and Derby in 1957. Tendon problems kicked in subsequently, and he had to be retired. 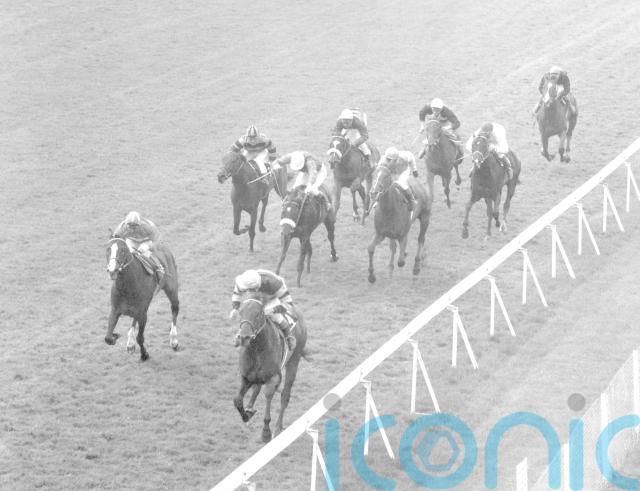 Sir Ivor was bred in America and owned by the US Ambassador to Ireland, Raymond Guest. A colt with a brilliant finishing kick, he was awarded the horse-of-the-year accolade at three for landing the 2000 Guineas, Derby, Champion Stakes and the Washington D.C. International of 1968. Piggott himself rated Sir Ivor among the very best he ever rode. Vincent O’Brien’s charge retired after that season. 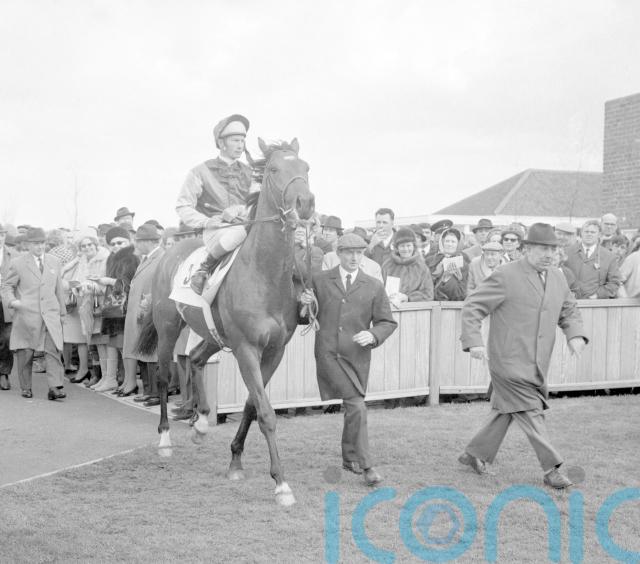 Nijinsky is regarded as one of the greatest horses in racing history. Trained by Vincent O’Brien, he was champion two-year-old before winning the 2000 Guineas, Derby, Irish Derby, King George and then, despite a subsequent attack of ringworm, the St Leger in 1970. Beaten in the Prix de l’Arc de Triomphe and Champion Stakes, he went on to become a brilliant stallion. 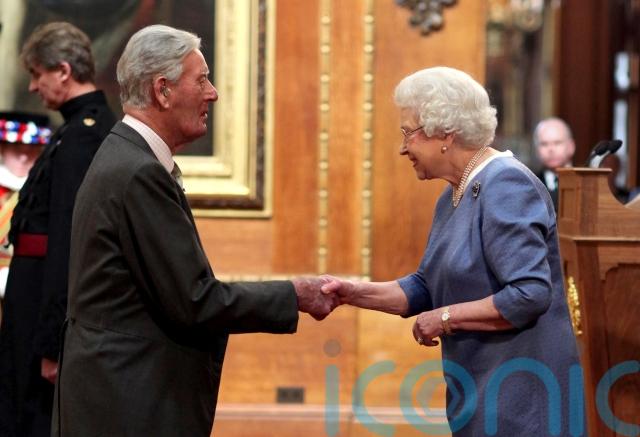 The grey Humble Duty cantered home by seven lengths in the 1000 Guineas of 1970, posting a display that compared favourably to that of Nijinsky, who won the colts’ equivalent at the same meeting. Trained by Peter Walwyn, she also landed the Cheveley Park, Sussex and Coronation Stakes, but sadly died five years later at the Attington Stud in Oxfordshire when in foal to Busted. 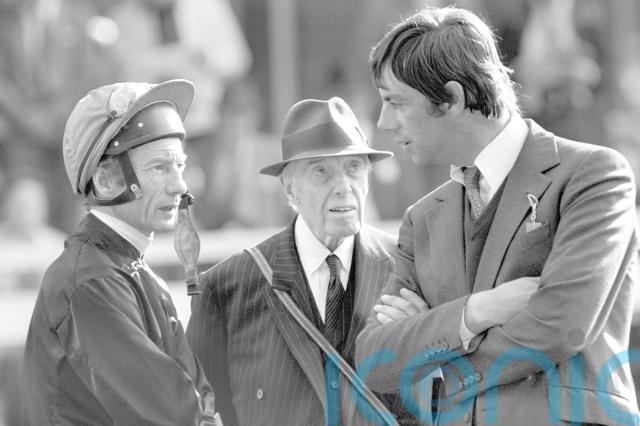 A week before the 1000 Guineas in 1981, Piggott had been dragged under the front gates of the Epsom starting stalls – virtually severing his right ear and pulling the ligaments in his back. However, he somehow returned to action and overcame his discomfort to steer 6-4 favourite Fairy Footsteps home. Trained by Henry Cecil, she later suffered a shock defeat in the Musidora Stakes and was retired soon afterwards. 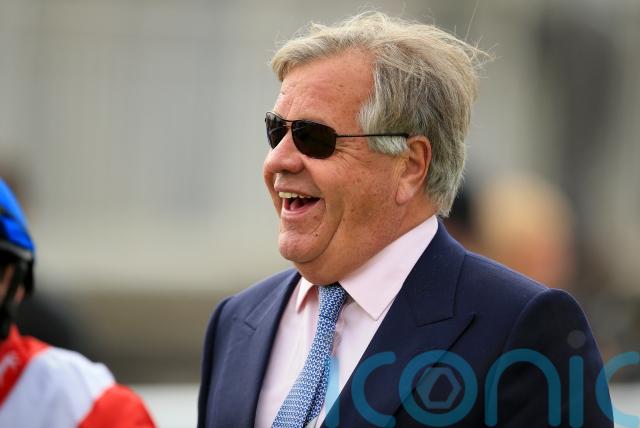 Shadeed, a son of Nijinsky, was trained by Sir Michael Stoute and sent off the 4-5 favourite in the 2000 Guineas in 1985, when Piggott replaced the suspended Walter Swinburn. Lame that morning and temperamental in the preliminaries, Shadeed still managed a narrow victory. He also landed the QEII in course-record time but died from illness in 2005. 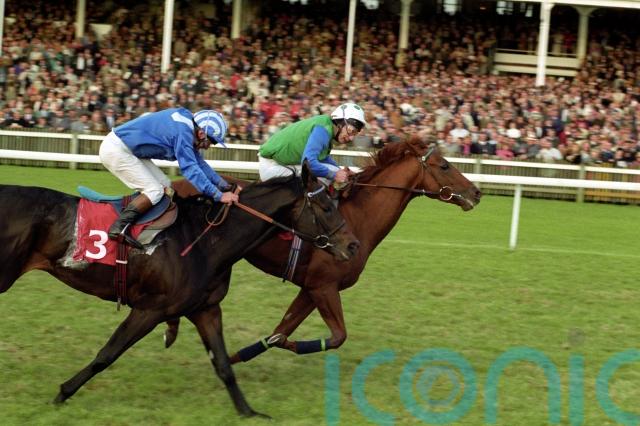 Rodrigo De Triano famously gave Piggott his 30th and final Classic victory in the 2000 Guineas back in 1992, carrying the colours of the late Robert Sangster. He was trained by Peter Chapple-Hyam and won the Middle Park Stakes for him in his first season as a trainer at Manton. Rodrigo De Triano later added further Group Ones in the Irish Guineas, Juddmonte International and Champion Stakes.