PUNCHESTOWN TIPS: The horses worth a bet on Day 2, Wednesday, April 27 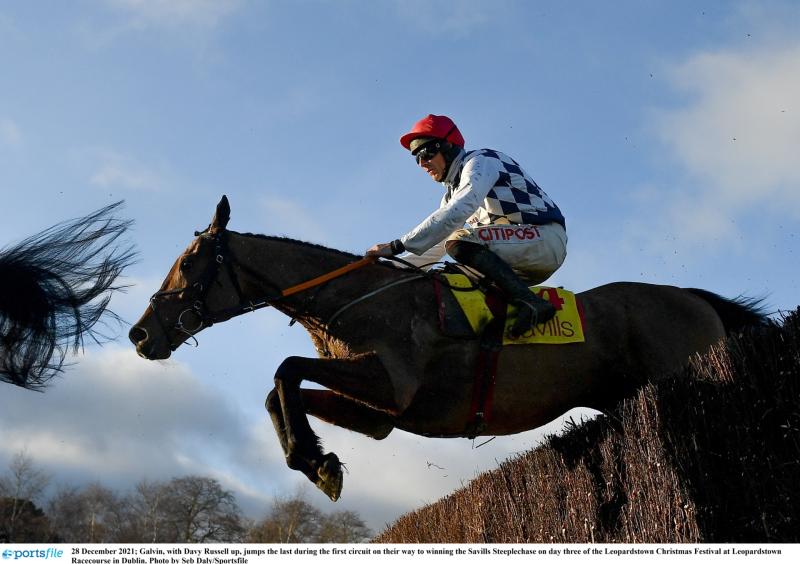 PUNCHESTOWN TIPS: The horses worth a bet on Day 2, Wednesday, April 27

Day two of the Punchestown Festival continues on Wednesday afternoon with an excellent eight-race card. The action gets underway at 3.40pm and concludes at 7.45pm.

The ground at the track is currently Good to Yielding and there is watering taking place at the track. The forecast is for scattered showers. We have previewed the action with our race by race guide and you can find the more tips at www.Irishracing.com

Life In The Park was a facile winner at Tramore and an opening mark of 119 looks fair. He has to be on the shortlist, along with Dads Lad who disappointed on his last two starts, but is a danger on the pick of his best form.

Selection: Life In The Park

An ultra-competitie event. I A Connect is a dual winner already this term and is respected off top-weight. However, preference is for Glengouly. A dual winner at Gowran Park and Leopardstown this season, there could be more to come going forward.

Classic Getaway is a potential danger having scored in good style at Punchestown in January. However, he did disappoint when pulled-up at Cheltenham in March. Nicky Henderson saddles Fils D’oudairies who is respected following a good second at the track in Aintree. Ganapathi also merits inclusion, but this demands more following a third at Cork last time out. Gibraltar is another interesting contender following a second at Cork and looks open to more progress.

The Nice Guy is unbeaten in four starts and plundered the Albert Bartlett Novices’ Hurdle in fine style at the Cheltenham Festival, defeating Minella Cocooner in the process. Minella Crooner missed that race through injury, but does look a fascinating runner here having previously finished second to Minella Cocooner in Grade One company. Grade Two winner Bronn is another who commands respect. However, Journey With Me could relish the step up to three miles and can be forgiven when falling on testing ground in the Ballymore Novices’ Hurdle at the Cheltenham Festival last time.

Selection: Journey With Me

Allaho heads the market for this event and he was brilliant when successful for the second time running in the Ryanair Chase. However, he is yet to win in two starts over three miles and that has to be a slight concern. Clan Des Obeaux is the defending champion in the race and is clearly a leading player having won the Aintree Bowl. Fakir D’oudairies also brings winning Grade One form having scored at Aintree last time out. Other contenders include this year’s Cheltenham Gold Cup second Minella Indo, fourth Galvin and the sixth Al Boum Photo. Galvin is interesting in this event given his winning course and distance form and he is taken to return to winning ways here.

Facile Vega, the brilliant son of Quevega, puts his unbeaten record on the line here. He was simply awesome when powering to victory in the Champion Bumper at the Cheltenham Festival and it is hard not to see the five-year-old retaining his unbeaten record here. American Mike was second in the Champion Bumper, but is respected along with Seabank Bistro who was fourth in the contest and Redemption Day who disappointed, but is capable of more progression.

Willie Mullins looks to hold a strong hand and preference is for Ciel De Neige. He has run a number of excellent races this term and was narrowly denied in Grade Three company last time out. Royal Rendezvous has also run a number of good races this season and can give his stablemate the most to think about.

Dorans Weir was a winner in Listed company at Fairyhouse in April and should go close here. She defeated Pink In The Park and they face off again here. However, preference is for Lily Du Berlais. The six-year-old is unbeaten in two starts and showed brilliant battling qualities when successful at Leopardstown in February. She is open to so much more progression and is taken to score here.