IRISH GRAND NATIONAL TIPS: Three horses worth a bet in the Fairyhouse showpiece 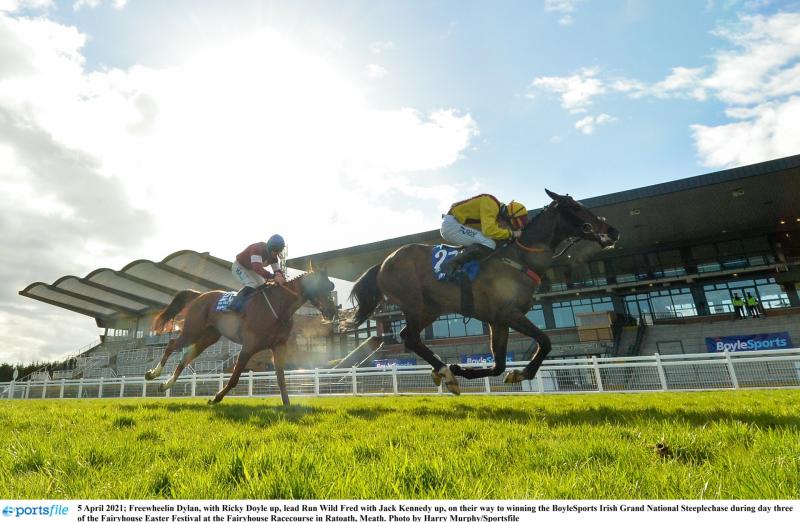 IRISH GRAND NATIONAL TIPS: Three horses worth a bet in the Fairyhouse showpiece

Last year's second and third-placed runners, Run Wild Fred and Enjoy D'Allen, return to take their chance again with the latter now in the colours of JP McManus who hasn't won this race since Shutthefrontdoor prevailed back in 2014.

We have run through the card and picked out three of the best each-way bets:

All three of my selections come from the Gordon Elliott stable and FLOUEUR (25/1) is a sold each-way hope. The bare form of his run in the Ultima at the Cheltenham Festival doesn't exactly jump off the page but while he was tenth, subsequent Aintree Grand National winner Noble Yeats was ninth. Floueur carried just four pounds less than Noble Yeats there and finished just four lengths behind. That puts him in with a good chance here off a handy weight and Jordan Gainford is a top partner.

SMOKING GUN (33/1) is a very tempting bet from the very bottom of the weights with some nice form in the book. He was nowhere in the Kim Muir at Cheltenham but ran some very good races at Fairyhouse earlier this season. He beat some decent animals over the Grand National distance here last November and was a very good third behind Full Time Score and Discorama in February. He carried three pounds more than the winner that day but will carry one pound less than the same rival this time around.

Second in this race last year, RUN WILD FRED (14/1) is not without a chance again this time around. He was a good second to Stattler in the National Hunt Chase at Cheltenham before falling in the Aintree Grand National. That was his big day and he misfired and he's been given plenty of weight for his crack at this but top claimer Rob James will take a useful seven pounds off. That gives him a good chance on his best form, including when beating Farclas and Mister Fogpatches in the Troytown at Navan last November. If he's unaffected by his fall at Aintree, he's a big player here.