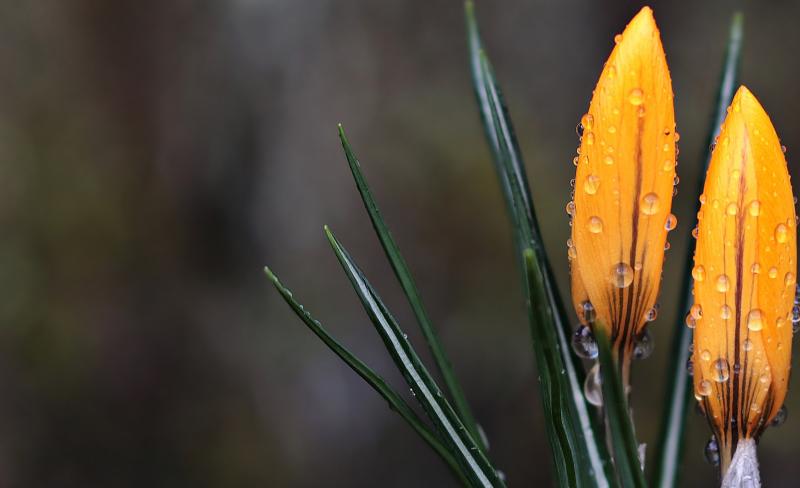 The aim of the project is to educate young people about the dangers of racism, and all forms of discrimination and hatred. Crocus bulb photograph provided by pixel2013 via Pixabay.

Holocaust Education Ireland (HEI) is urging schools across County Kildare to get involved in The Crocus Project.

The group is a not-for-profit organisation that aims to inform and educate young people about the Holocaust and its consequences.

It will provide schools in Kildare with yellow crocus bulbs for pupils aged ten years and over to plant in memory of all the children who perished in the Holocaust.

The Crocus Project highlights the dangers of racism, and all forms of discrimination and hatred, to young people.

Speaking about the project, Lynn Jackson, HEI director of education, said: "We are calling on schools, youth groups and community organisations in Kildare to join us in planting yellow crocus bulbs to commemorate all of the children who perished in the Holocaust."

"The yellow flowers, recalling the yellow Stars of David, will bloom around the time of International Holocaust Memorial Day on January 27, presenting an opportunity for teachers and educators to introduce young people to the subject of the Holocaust, and teach the importance of inclusion and respect for all people regardless of their ethnicity, disability, sexual orientation or religious beliefs.

Ms Jackson continued: "Seeing the flowers bloom in the early new year ensures that the stories of the children who perished in the Holocaust are not forgotten but are passed on to future generations, while educating our young people in a tangible way about the perils of prejudice.

"The beautiful flowers also remind us that, even after the most terrible events, new life begins again and we can hope that things will be better than they were before.

"Last year, 22 schools in Kildare participated in the project, and we would love to have more involved this year.

"We are urging teachers, parents and anyone involved in youth organisations or community groups in Kildare, to get in touch with us to see how they can get involved," she concluded.

There is no charge for participating in The Crocus Project.

HEI provides teachers and educators with crocus bulbs and a Teacher’s Handbook as well as guidance about the project that includes information and age appropriate material.

The handbook is available in English and as Gaeilge as well as well as twelve European languages to ensure that children in Ireland and across Europe can fully participate in the project.

The Crocus Project is co-funded by the European Union and supported by the Department of Education.

Schools interested in registering to become involved in the project can do so here.

Further information on the project is available here: https://www.holocausteducationireland.org/crocus-project.