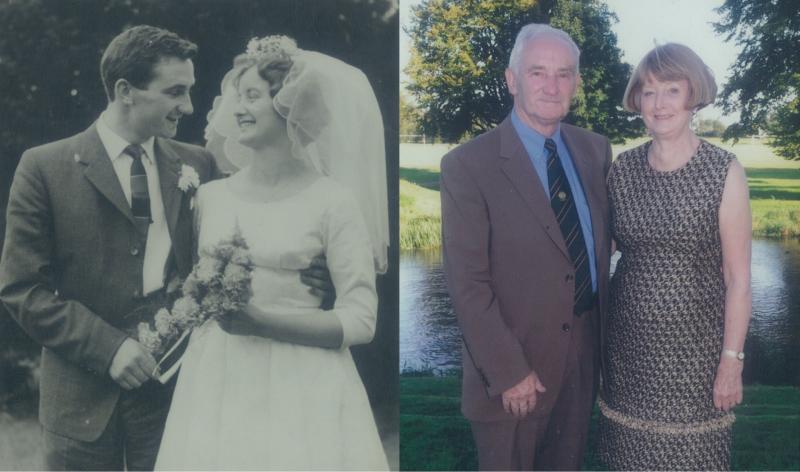 A Kildare couple celebrated their 60th wedding anniversary on September 9.

Oliver was raised in Newbridge by John (Mex) Murphy and Mary Murphy and grew up on Main Street and later lived in Eyre Street. The Murphy’s were hard working business people, with Mary running her own grocery shop (now Daybreak store opposite the garda station) while Mex operated a hackney service and later, the Lilywhite Laundry.

Oliver undertook an apprenticeship with Kildare County Council and ultimately went on to open his own engineering business Newbridge Metal Products which, coincidentally, is celebrating 50 years in business this year.

Frances Murphy was born in Limerick but grew up in Naas. The Tuttys were also local business people with Frances’ Parents,  George and Nellie Tutty, founding their own handmade shoes business, with the shoe factory, leather goods shop and their home, all in Poplar Square.

Frances and Oliver, who met in Lawlor’s Ballroom, Naas, went on to get married on September 8 1962, in the Church of Our Lady and St David on the Sallins Road, Naas. It was a morning ceremony followed by a traditional wedding breakfast in the Downshire Hotel, on Blessington’s main street.