An engineer with Kildare County Council made the comments at the latest Clane-Maynooth Municipal District (MD) meeting on Friday, September 2.

A Kildare engineer has said that the National Transport Authority (NTA) are willing to fund two new bus stops, but specified one condition for them doing so.

Cyril Buggie made the comments at the latest Clane-Maynooth Municipal District (MD) meeting on Friday, September 2.

The discussion arose following a question put forward by Fine Gael councillor Brendan Weld, who asked Kildare County Council (KCC) if any progress had been made with the NTA in relation to the provision of a bus stop in Johnstownbridge.

Mr Buggie, who is the area engineer for the MD, told Cllr Weld: "The NTA contacted me directly, and they are willing to fund two new bus stops if we can deliver sites for them.

"Hopefully, we can get a tender on it next month," he added. 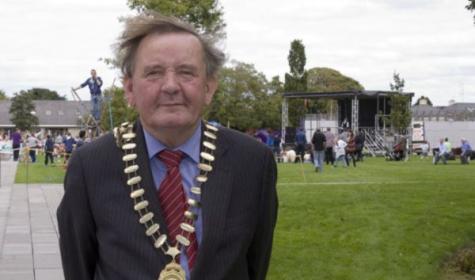 Cllr Weld also asked KCC for a progress report on the provision of a pedestrian crossing for Johnstownbridge, and emphasised the need for disability access.

"It's been on the agenda for quite a while now," he told those in attendance.

He also queried how much the crossing would cost KCC.

In response, Mr Buggie told Cllr Weld that he did not have those details yet, and would have to consult the roads department of KCC first before any action could be undertaken.