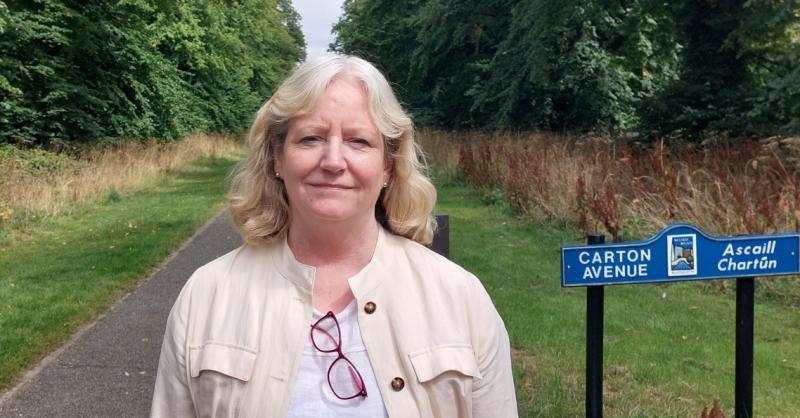 Labour Cllr Angela Feeney pointed out in her letter that Carton Avenue has been in existence since 1750, and called it a 'precious space.'  Pic Supplied.

A Maynooth-based councillor has appealed a decision by Kildare County Council (KCC) to An Bord Pleanála (ABP).

Labour Party Cllr Angela Feeney is appealing KCC's decision on Monday, August 15 to grant planning permission to Cairn Homes for the development of a pedestrian/cycle path and stone bridge access at Carton Avenue in Maynooth.

In her appeal letter, Cllr Feeney pointed out that Carton Avenue has been in existence since 1750, and called it a 'precious space.'

She elaborated: "In 1981, the then owner, the Honorable David Nall Cain, gave Carton Avenue as a public amenity, in the care of KCC. Carton Avenue and the amenity have been well maintained by Carton House, Maynooth Tidy Towns and KCC over the years.

"However, in September 2018, when a 4m wide opening and two 2.2 metre wide footpaths were constructed from the Limetree Hall housing development onto the Avenue there was an outcry from the community, supported by all local councillors, about the incursion which was an appalling eyesore and was completely out of character with the Avenue." 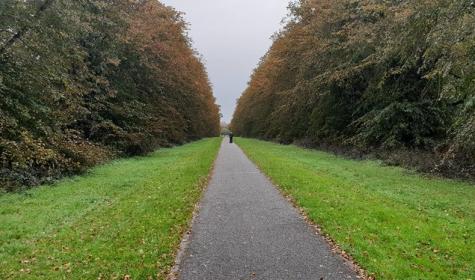 She further said that meeting in April 2019, it was unanimously agreed that no further work would be carried out on the Avenue until the Carton Master Plan would go on Statutory Public Display and would be approved by the Maynooth MD.

"The Minutes of the Maynooth Municipal District Meeting, held on Friday the April 12, 2019, records this decision.

Cllr Feeney added that while permeability is important and she 'fully supports all efforts to encourage and promote a modal shift to active travel', she feels that Carton Avenue/Limetree Walk is an 'exceptional amenity'.

"There is a preservation order on the trees and KCC is the custodian of the Avenue and has a duty to retain the integrity of this valuable and historic public amenity in Maynooth," she said.

Cllr Feeney told the Leader that in her submission to KCC, she drew attention to ABP's decision not to grant the request by Cairn Homes.

She said: "As part of its application to ABP (file 310865-21) on July 16, 2021, the applicant included a shared pedestrian and bicycle link onto Carton Avenue as part of the development application to the Bord.

"ABP refused this request in its decision on Nov 1st 2021 stating that the proposed link should be omitted from the development because of 'potential impacts on Carton Avenue which is of historical and landscape significance.'

"In its ruling, ABP, outlined how important Carton Avenue is historically and effectively are of the view that its integrity must be protected."

She added that she 'fails to understand' how KCC does not share the view of ABP.

"I believe that no justification has been given for this unacceptable planning decision to destroy the integrity of Carton Avenue, compounding the outrageous planning decision that led to the creation of an access from Limetree Hall in 2018," she said in her letter.

"It would seem to the residents of Maynooth that the intention of KCC is to destroy this wonderful amenity and I call on ABP to defend the people of Maynooth by calling a halt to the destruction of the integrity of Carton Avenue."

In her conclusion, she said that given the historic space that is the Avenue, the 'sensitivity of the area' and the motion approved by members to await the delivery of a master plan for the site before any further such developments would take place, the Bord should overturn the decision by KCC.

Cllr Feeney is not the only political representative in Kildare who has appealed a planning permission decision from KCC: earlier this month, former Newbridge-Kildare Mayor, Fianna Fáil Cllr Rob Power, lodged an appeal to ABP against the council regarding an approved planning permission application at Ryston in Newbridge.