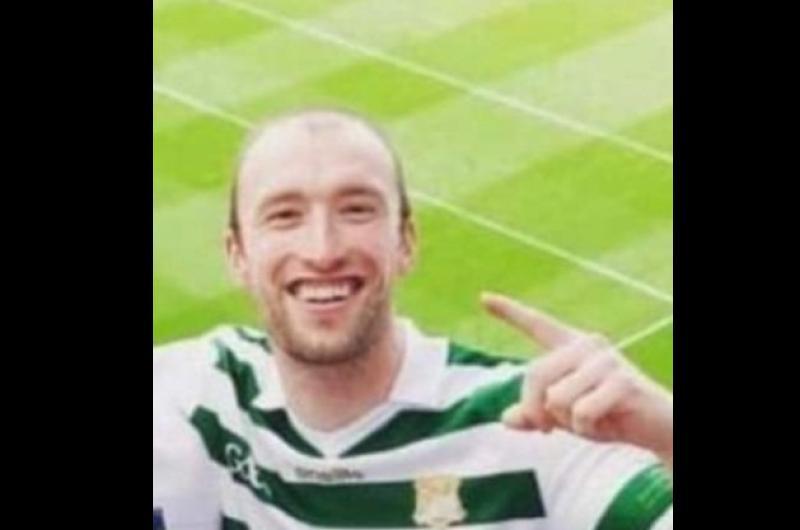 Locals in the town of Monasterevin, Kildare, have been shocked by a horrific attack that took place over the weekend.

Gardai are investigating an incident involving up to 10 people during which Dylan McCarthy, aged 29, from Kilmallock, and his father, Eamonn, aged in his 50s, were assaulted in the early hours of Sunday morning. Eamonn has since been transferred to Tallaght University Hospital where his condition remains ‘serious.’

Dylan McCarthy was pronounced dead yesterday afternoon, while the Office of the State Pathologist has been notified and a post-mortem will be conducted by Chief State Pathologist, Dr. Linda Mulligan.

The results of the post-mortem will determine the course of the investigation.

A number of people have paid tribute to the late Dylan McCarthy, including his own GAA team, Kilmallock GAA.

It is with the heaviest of hearts that we at Kilmallock Gaa pass on our heartfelt sympathies to the family and friends of Dylan McCarthy.
Dylan played underage hurling and football at underage level and also played u21 and Junior hurling . He was a huge addition to any team and a pic.twitter.com/dpynra1Uq4

One friend of Dylan's told the Leinster Leader’s sister site, Limerick Live: "I can genuinely say he was a lovely lad, very quiet unless you knew him.

"He was always joking and laughing. Dylan played hurling, football and soccer with us - he seemed so laid back that he’d be horizontal but he was really excellent when the whistle went."

Local priest Fr Chris O'Donnell also said there is a 'cloud of awful sadness over the town.'

He added: "It is a perpetual mystery that bad things can happen to good people. All we can do is try to be with them as a community, as a parish, as a people and as neighbours and friends.

Cllr Duffy said: "I have been speaking to members of the local community and they are all shocked that such a thing could happen in such a strong and tight-knit community."

He added: "I do not wish to play down the incident, but I think incidents like this are generally very isolated. Monasterevin is generally a very safe town.

"Still, this is very tragic for the family (of the deceased)."

Cllr Duffy concluded: "I wish to extend my condolences to the family during this time."

His sentiments were echoed by Sinn Féin TD Patricia Ryan, who told the Leader: "This kind of thing is far from common in Monasterevin… There is a sense of shock in the town that something like this could happen.

"I would like to offer my sincere condolences to the family at this very difficult time," she added.