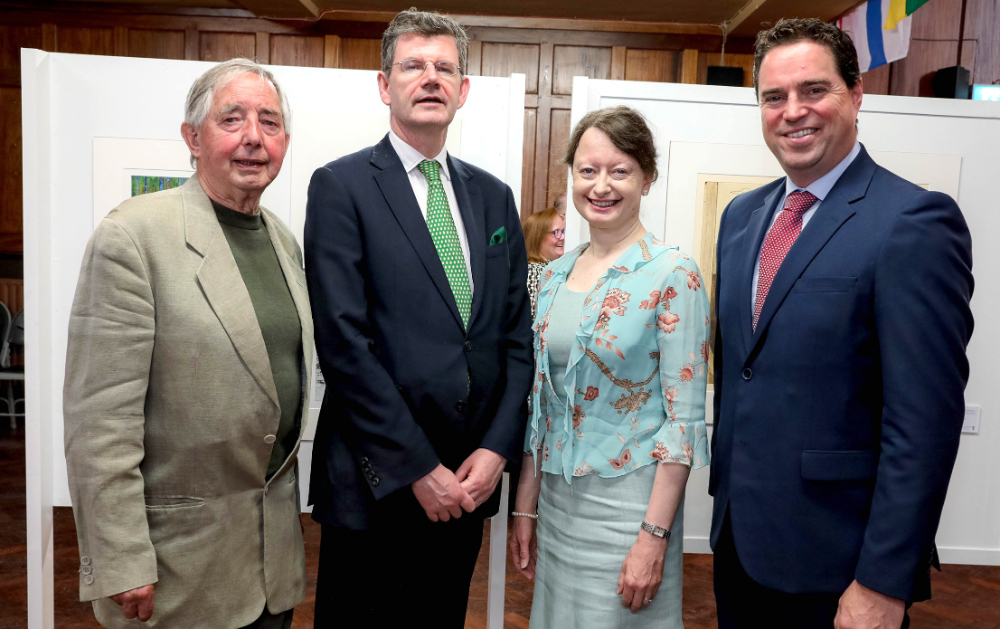 The latest, long-anticipated iteration of the Gerard Manley Hopkins festival has been launched in the town of Newbridge.

The festival, which celebrates the life of renowned English poet and Jesuit priest Gerard Manley Hopkins, opened at 7pm in the theatre of Newbridge College.

Attendees were treated to a gallery of various works from local artists, which were also available to purchase.

This gallery was organised by Leinster Printmaking Studio.

All photos by Aishling Conway