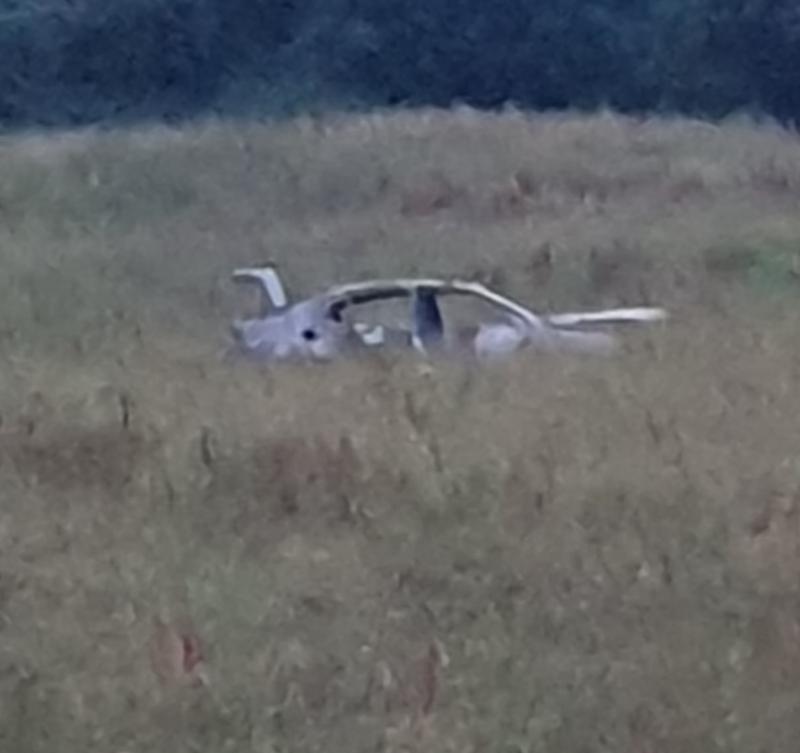 The car has been the subject of scrutiny by local representatives and residents. Pic: Facebook

Newbridge politicians have called on Kildare County Council (KCC) to remove a burned-out car behind a family resource centre.

The announcement follows after a resident in the town made a complaint to their local representatives regarding the damaged vehicle that was seen at the back of the Newbridge Family Resource Centre (NFRC) in Dara Park.

The resident in question also said that they have been complained about previous burned-out cars in the areas over the past three years.

When asked for comment about the situation by the Leader, Social Democrats councillor Chris Pender said that he has been contacted about the burned-out car by a number of other constituents.

He added: "There are measures that need to be taken to prevent this kind of behaviour from continuing and I've been in contact with KCC and the Gardaí in relation to this.

"The environment department have assured me that they have marked it for urgent removal and will remove it as soon as they can."

Fianna Fáil Senator Fiona O' Loughlin also told the Leader: "It is shocking to see see that this appears to be there for some time... I hadn’t been aware, and am a relatively frequent visitor to the NFRC.

"Absolutely it should be removed by KCC, but obviously it is the behaviour itself leading to this that needs to be called out."

"I will contact KCC myself today in relation to (the) same," she added.

Senator O' Loughlin's colleague and Mayor of Newbridge Rob Power also confirmed that he would look into the issue.

KCC was also sent a message seeking a comment by the Leader; however, by the time of publication, the council has not yet responded.