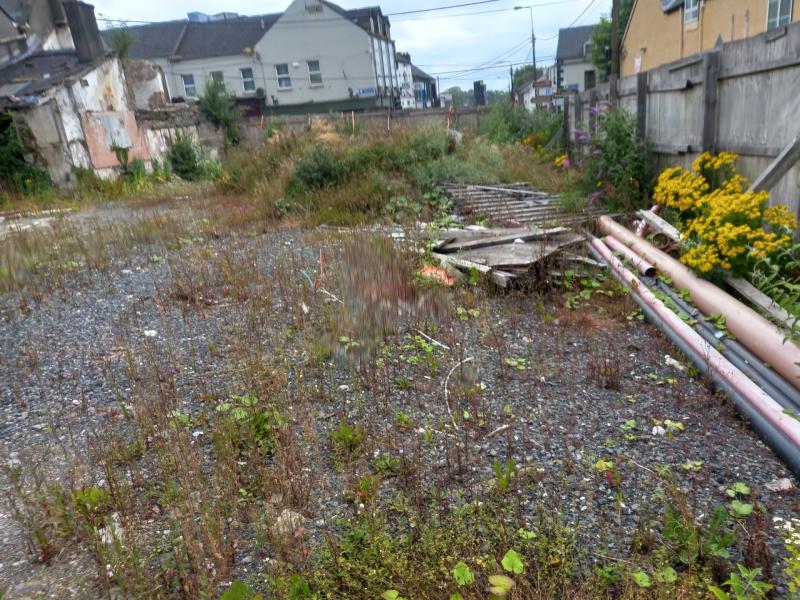 A view of the site in Naas

The derelict condition of an empty site on Naas's main street has been criticised.

The former Sarah Flood’s pub premises was demolished 15 years ago.

And it has been unused since.

Naas councillor Anne Breen has asked Kildare County Council to contact the owners of the site “to have the area cleaned, cleared, tidied up and properly secured.”

The issue will be raised at a Naas Municipal District meeting next week.

At the same meeting Cllr Colm Kenny will seek information about the “upgrade scheme for Corban’s Lane.”

This is partly a reference to the same site because the original plan was to create a back entrance to the derelict Naas Shopping Centre through the Sarah Flood’s site and along Corban’s Lane.