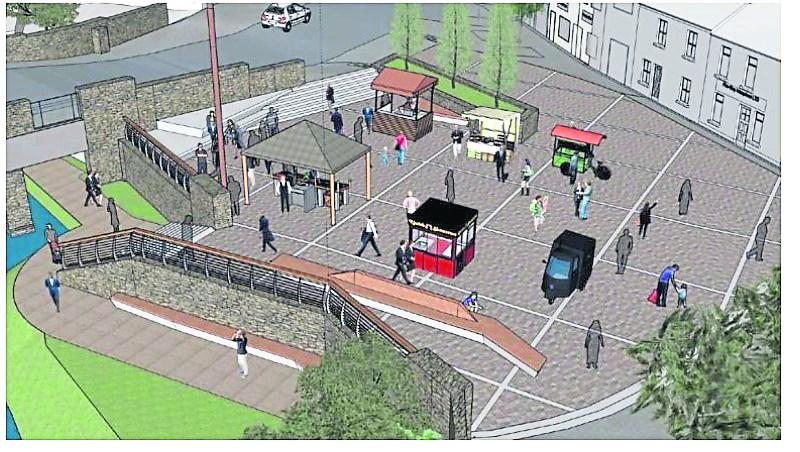 Approval is now being sought to build a new civic space beside the River Liffey in Kilcullen.

Councillors in the Kildare-Newbridge Municipal District agreed at their June 15 meeting to proceed with plans for the facility at Market Square.

James Hennessy of urban design specialists, The Paul Hogarth Company, said that about 15 car parking spaces would give way to a paved space with seating, lighting and trees as well as steps and railings leading down to the river.

Mr Hennessy said the space would have sufficient and safety for outdoor markets and festivals.

Cllr Tracey O’Dwyer commented that alternative parking spaces should be identified in the town. She also suggested a trial period for the closure of the Market Square area.

Cllr Anne Connolly commented that the vast majority of people in Kilcullen wanted a focal point for community events and activities.

She added: “We cannot be stalling projects all the time.”

District Manager Joe Boland said that work has been ongoing on the “exciting” project for some time and that it has very significant local support.

He added that it was important to progress the work as the council had engaged leading international experts to design the facility.

A majority of councillors agreed to proceed to Part 8 stage of the project.