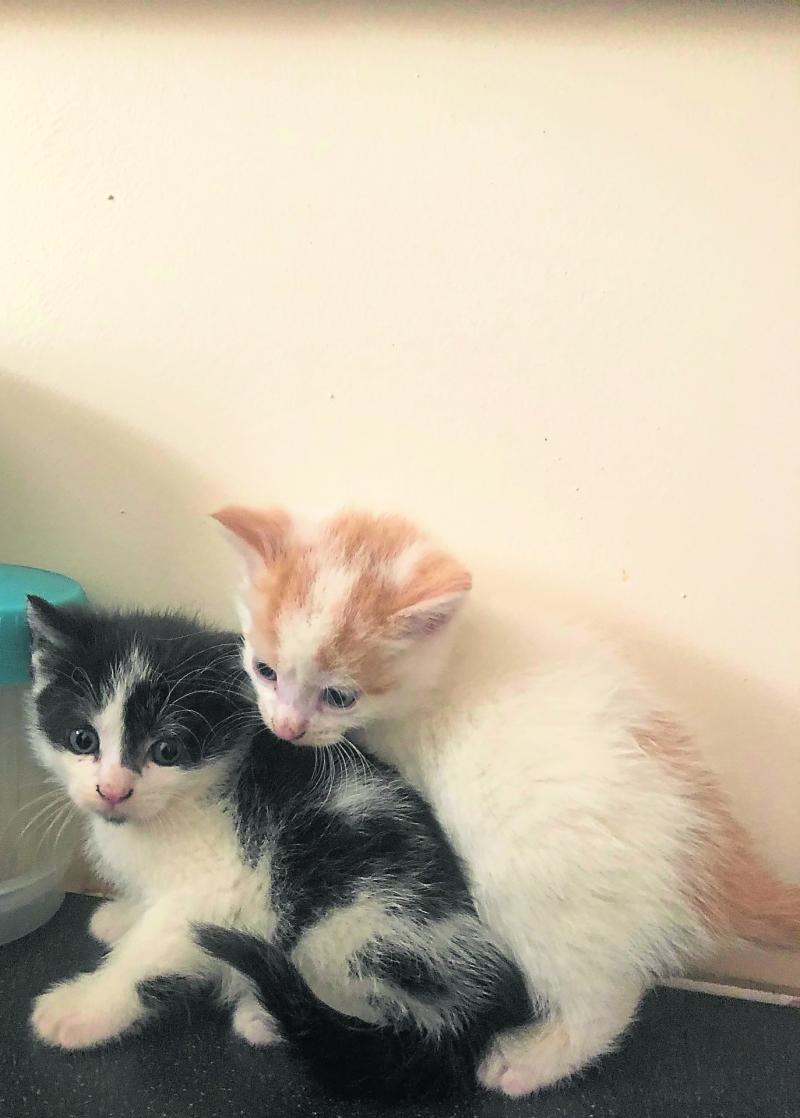 Thank you to Des and his son Adam who rescued this lovely mother cat and her six kittens up in the Sally Gap area of Wicklow.

Des and Adam were on their way home from the Motor Show in Powerscourt when they noticed a beautiful cat looking lost on the road. After several attempts to entice her over, they eventually caught her and then noticed a kitten.

They went to take the kitten when they noticed a small bundle of fur. That was when they realized they had a little family on their hands.

It was obvious to them that this friendly cat and her adorable kittens had been dumped in the middle of nowhere to suffer starvation and certain death.

There are not too many places open on a Sunday evening but thankfully, we were able to help.

The mother cat, now Holly, is enjoying a well earned rest having received medical attention and been spayed. She will no longer suffer the fate of having litter after litter of kittens, and will be adopted to a family who will love and protect her.

Two of the six little kittens were not in good shape and subsequently one passed away the next morning. The other is now in foster with one of our foster mothers. The four other kittens are also being cared for and will be ready for homing very soon.

Domestic animals will not survive in the outdoors, especially in a wilderness. They are not used to hunting and will often suffer the fate of being hunted by foxes, pine martins, weasels and by aerial attack from the beautiful eagles that have been introduced back into the countryside and mountains of Wicklow.

Please do not abandon your cats or kittens. Talk to a rescue in your area who may be in a position to help you.