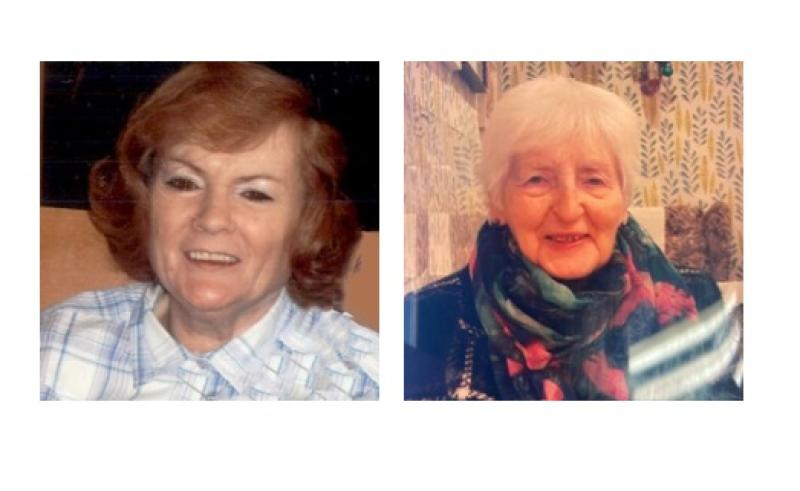 Reposing at his residence on Thursday and Friday evening from 5pm with prayers at 7.30pm. Removal on Saturday morning to arrive at St. Peter & Paul’s Parish Church for 11.30am Mass. Patrick’s mass will be live-streamed at https://www.monasterevinparish.ie/webcam. Funeral afterwards to Mount Jerome Crematorium, Dublin, which will be lived-streamed on https://www.mountjerome.ie/victorian-chapel-service.

Family flowers only, donations if desired to Make a Wish Foundation. Donation box in Church.

The death has occurred of John Arogundade, Athy. With deep sorrow of heart, we announce the passing on to glory of Pastor John Afolabi Arogundade who has gone to be with the Lord Jesus Christ on May 28 in Athy, Co. Kildare. John is the amiable son of Emmanuel and Alice Arogundade and brother to Samuel, Kolawole, Anne and Andrew Arogundade. John will be deeply missed by his parents, siblings, uncles, aunties, other relatives and lots of friends for the love and joy he spread.

A wake for John will be held at Mountain of Fire and Miracles Ministries, Loughman’s Garage, Kilkenny Road, Athy, today Thursday June 2 from 6pm – 8pm.

Reposing at Cunningham's Funeral Home, Ardclough Road, Celbridge on Friday (June 3) evening from 7pm to 9pm. Removal to the Church of Our Lady’s Nativity, Leixlip on Saturday (June 4) morning arriving for Requiem Mass at 11am followed by burial in Esker Cemetery, Lucan. Nuala’s Funeral Mass can be viewed online on Saturday morning. Nuala’s funeral cortege will pass her home at 10.30am (approx.) on Saturday morning for friends and family to pay their respects.

Moira’s remains are reposing at her late residence. Funeral from there on Friday at 1pm for 1:30pm requiem Mass in Holy Trinity Church, Cookstown, followed by burial afterwards in Forthill Cemetery, Cookstown. Donations in lieu, if desired, to dementia NI C/O the family.

Our Lady of Lourdes pray for her. Moira’s funeral mass can also be viewed using the link below. https://cookstownparish.com/live-stream/