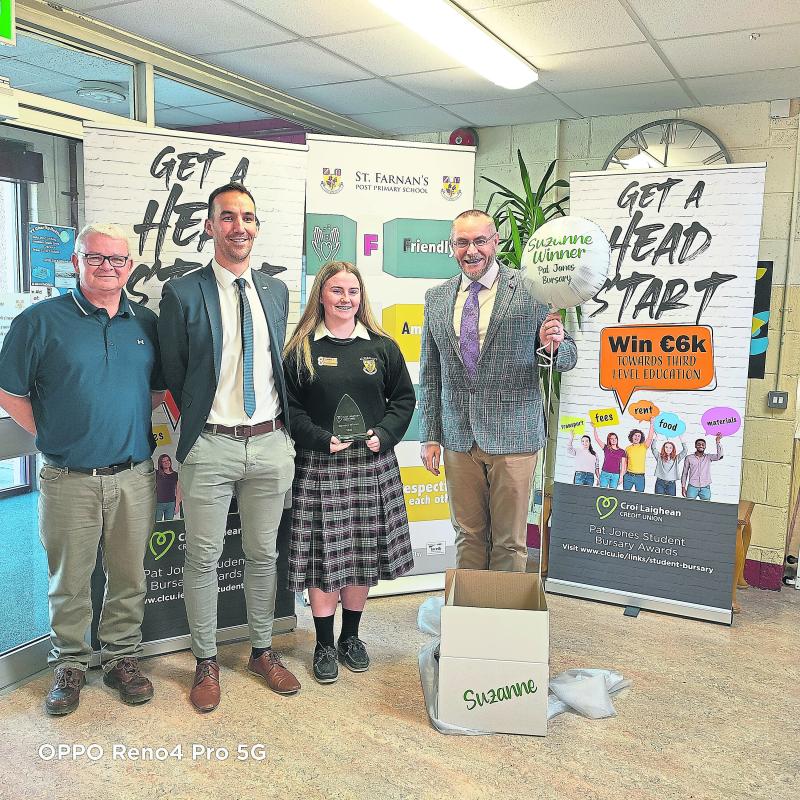 Croí Laighean Credit Union is delighted to announce the two recipients of the 2022 Pat Jones Student Bursary Awards; Suzanne Carew from St Farnan’s Post Primary School Prosperous who is hoping to study primary school teaching, and Aine Maguire from Scoil Mhuire in Clane who hopes to pursue a career in human nutrition and dietetics.

Both winners will receive €6,000 towards their third level education over three years.

On Thursday, May 12, each of the 15 finalists received a special delivery to their school with a CLCU goodie box containing gifts, treats, and €250 was lodged into their credit union account. 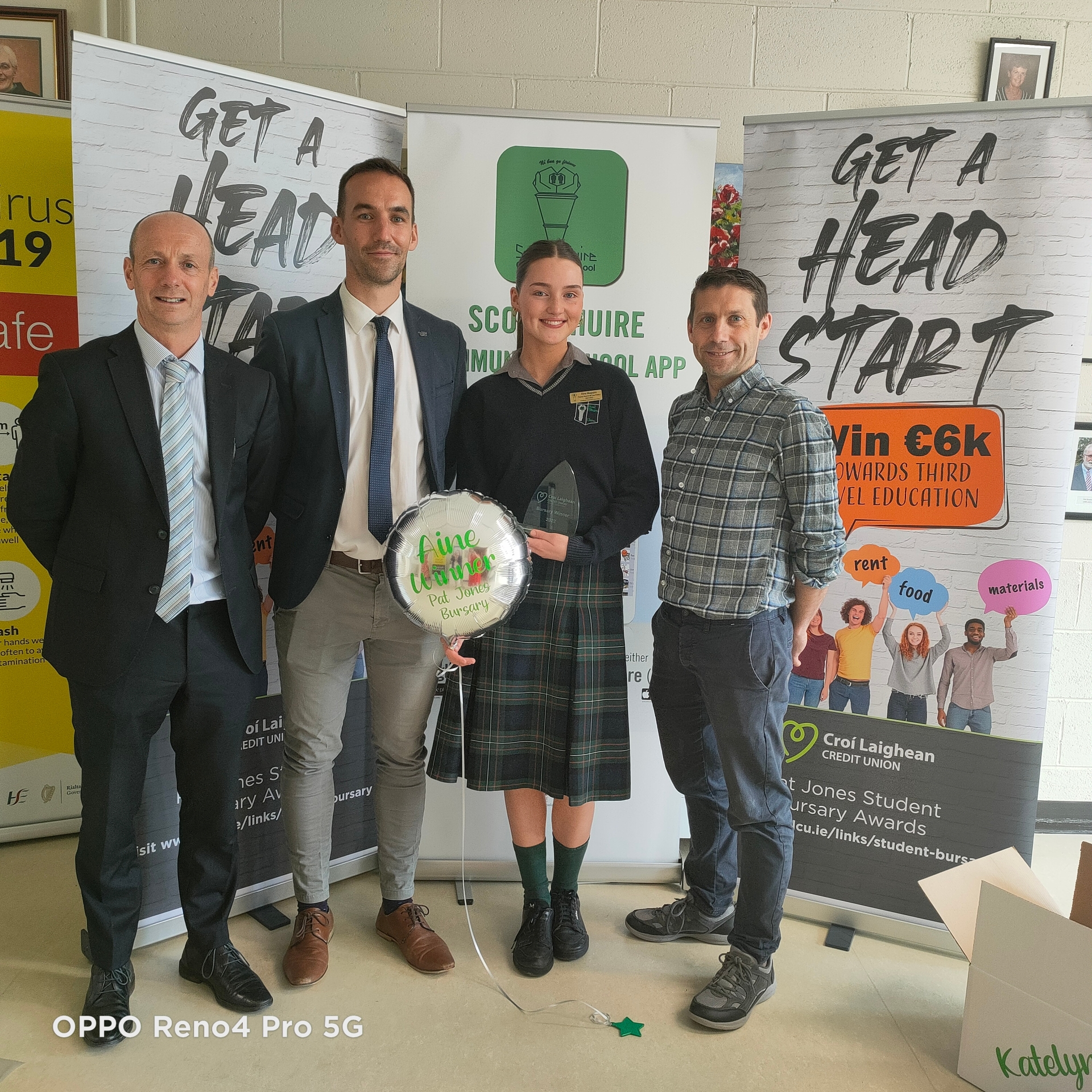 Martin Fitzgerald, community relations officer at Croí Laighean Credit Union, then visited the schools of both winners to present the recipients with a cheque and to congratulate them on their achievement.

Mr Fitzgerald said: “This year our bursary finalists were a credit to their schools and local community. We asked the students to submit an online application and video submission and our interview panel were extremely impressed with the energy and enthusiasm which shone through on the videos.”

Paul Kennedy, CEO of Croí Laighean Credit Union, added: “Choosing the two recipients is always difficult and this year was no different. The video submissions were fantastic, and our interview panel got a clear sense of the students, how much they enjoy being involved in school life and their wider community. We are delighted for both Suzanne and Aine who impressed the judges with their commitment to school, their hobbies and interests, and their involvement in the community. We would like to thank all the finalists for participating and wish them the best of luck in their Leaving Certificate exams.”

Croí Laighean Credit Union is immensely proud of the Pat Jones Student Bursary which has contributed over €94,500 in funding to local students in the last nine years.

The bursary has had a positive impact on the students who win. For some, it has allowed them to go to college when otherwise it might have been difficult financially and for others, it offers them the opportunity to live on campus, allowing them to contribute more fully to college life.

The annual Pat Jones bursary is run by Croí Laighean Credit Union and is open to all sixth year students who are attending schools in the common bond area who wish to further their education with a third-level course.

Croí Laighean Credit Union now has over 41,000 members in its Common Bond which stretches from Rhode, Co Offaly in the west to Leixlip in the east.