Safety issues at Naas General Hospital will be raised by a Kildare TD following the airing of a Prime Time special last night detailing alleged sexual abuse in the hospital.

In the programme, a man, known by the pseudonym ‘Ryan’, claimed that one Dr Pathmadevan Rathnam repeatedly molested him during inappropriate examinations on dates in 2010 and 2011.

The programme followed a separate Prime Time investigation, which aired back in November last year and detailed alleged sexual abuse from one Dr Aamir Zuberi at NGH, who has since returned to his native Pakistan.

Similarly, Dr Rathnam has returned to his native Malaysia. 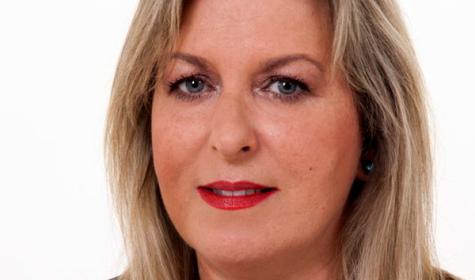 Commenting on the programme, Sinn Féin TD Réada Cronin said: "Like everyone in North Kildare, I was horrified by Prime Time Investigates last night: my heart goes out to Ryan and his family."

"The fact this case was known by the HSE when another case arose, raises serious questions about the culture of safety at NGH and I will be raising this with the Minister."

"Furthermore, I believe when a doctor is struck off, this information should be clearly and readily available to the public on searching."

She added that it is her view that in order to create and maintain a culture of safety for the public, she believes it is not sufficient that a name simply does not appear in this database.

Ms Cronin continued: "This is another difficult day for the great people working at NGH and they are in my thoughts."

"The HSE talks constantly and expensively about learning lessons – they have that luxury - but what actual lessons are learned at all?"

In a statement to RTÉ, Naas General Hospital said: "On the day the first complaint was received [February 28, 2011], the Hospital convened a serious incident review meeting” and  "decided to suspend the doctor from duty with immediate effect pending the outcome of a Trust in Care process… The doctor has never returned to work since his suspension…"

"The Hospital notified the allegations to the Irish Medical Council, HSE Child Protection Services and An Garda Síochána in April 2011".

This was more than a month after it received the first complaint.

Before Gardaí questioned Dr Rathnam, he left Ireland. However, ‘Ryan’ was not told by Naas Hospital or the Gardaí that Dr Rathnam had left the country, only learning of the fact from his solicitor, and said that for a year he lived in fear of bumping into him in the supermarket or on a street."

Naas General Hospital also told RTÉ Investigates: "The lack of ongoing communication and follow up is not in line with the standard of practice nowadays… we acknowledge this was not adequate… [and] The Hospital would like to sincerely apologise to those involved…"