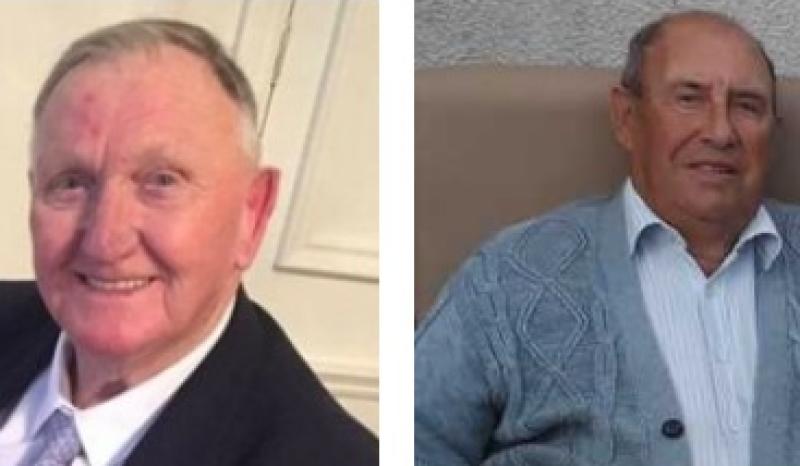 The death has occurred of Michael Love (Roseberry Hill, Newbridge, Co. Kildare). He passed away peacefully on April 15 in London. Predeceased by his father Johnson Dada Michael. Sadly missed by his loving family, his mother Vivian, brothers and sisters, his wife Ivy and son Ethan-Taylor, brothers-in-law, sisters-in-law, aunts and uncles, nieces and nephews, extended family, relatives and friends.

Reposing at Anderson & Leahy's Funeral Home today Thursday (April 28) from 7.30pm with prayers at 8pm. Removal on Friday morning at 10.15am to arrive at the Open Arms Church, Newbridge for Funeral Service at 11am. Burial afterwards in St. Conleth's Cemetery, Newbridge.

The death has occurred of John (Dick) Crofton (Celbridge and formerly of Corrib Road, Terenure and late of Arthur Guinness and Son). He passed away peacefully on April 27 aged 89, surrounded by his loving family and in the tender care of the staff at Connolly Hospital, Blanchardstown. Beloved husband of the late Monica. Sadly missed by his loving daughter Trish and her husband Martin, sons Myles and Martin, grandchildren Ian, Sinead, Ciara, Karen and Sean, great-grandchildren Evie, Alfie and Jamie, daughters-in-law Elise and Jackie, relatives and friends.

Reposing at Cunningham’s Funeral Home, Celbridge on Friday evening (April 29) between 6pm and 8pm. Removal on Saturday morning (April 30) to St. Patrick’s Church, Celbridge arriving for Funeral Mass at 12noon followed by burial in Donacomper Cemetery. John’s Funeral Mass may be viewed (live only) by following this LINK. Family flowers only please. Donations, if desired, to The Irish Heart Foundation.

Reposing at his home in Carbury today, Thursday from 3pm to 7pm with Rosary at 7pm on both evenings. Funeral Mass on Friday at 1.30pm in The Holy Trinity Church, Derrinturn followed by burial in the adjoining cemetery. You can also take part in Sean's Funeral Mass on the Carbury Parish Webcam via the following link: https://www.carburyparish.ie/our-parish/webcam-derrinturn/

The Kelly family would like to thank you for your kindness and support at this sad and difficult time.