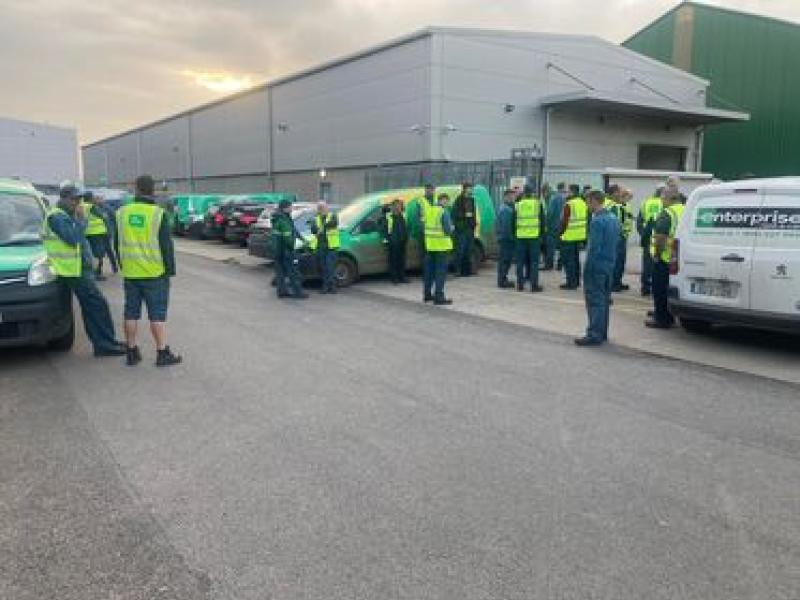 Workers downed tools for a time this morning

An unofficial dispute took place at An Post in Newbridge this morning over the installation of handbrake alarms on vans, and a postman was suspended.

It was feared that postal delays would take place as a result in the Kildare, Monasterevin, Kilcullen, Dunlavin, Curragh and Rathangan areas, however An Post said following consultation the postal workers returned shortly before 9am and services were not impacted.

An Post acknowledged an issue arose during the installation of the alarms and the workers went "off the job for a short while". The spokesperson said this was resolved and there were no delays.

However, the workers are still unhappy with the situation. It's understood the dispute has arisen from the company’s decision to install "extremely loud handbrake alarms on vans" . It is alleged that they require excessive force to deactivate, and workers say no training was given for the correct use, or sequence to disable the alarm, meaning that it could still be audible with the handbrake off. Workers also said that the alarms were fitted without consulting drivers and currently installations have stopped around the country.

Workers said the staff returned to work after the two hour standoff to allow the company time to address the issues, and to reconsider reinstating the suspended postman, who has an exemplary record.