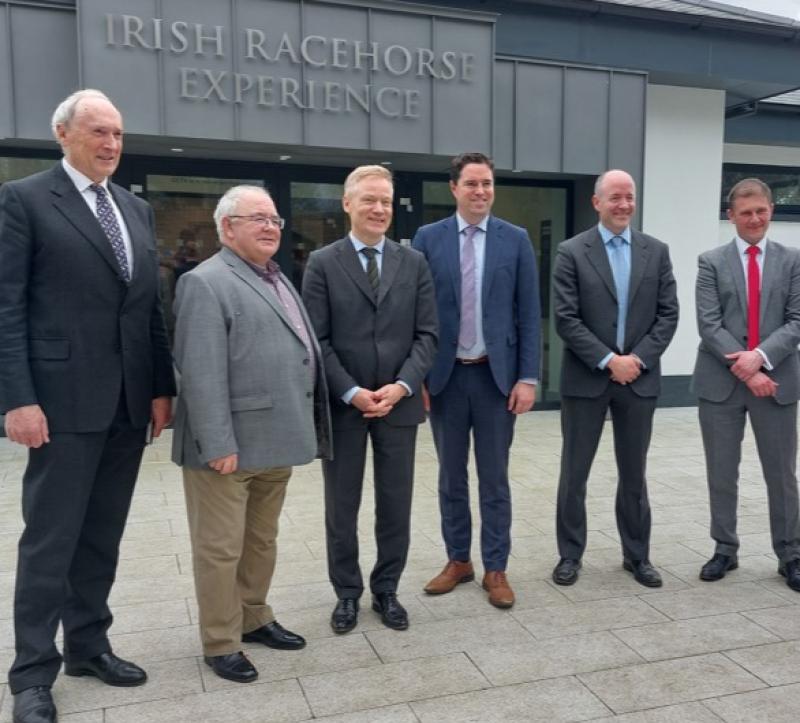 The blue, white and red carpet was rolled out for French ambassador to Ireland Vincent Guérend, who visited the National Stud and Japanese Gardens on Wednesday last, April 13.

Mr Guérend, who is a native of the Normandy region of France, arrived at the National Stud at around 1.15pm, following a brief stop at Portarlington.

A wide array of topics were discussed during the meeting, including the improved trade relations between Ireland and France as a result of Brexit, the effects of the ongoing Ukraine conflict, the current French Presidential elections, the Leopardstown races in February and the status of the reconstruction of Notre Dame Cathedral in Paris.

STALLIONS
Following the lunch, the group rose just before 3pm to tour the National Stud, which included the ambassador being graced by the presence of stallions Lucky Vega and Phoenix of Spain, in addition to a one-day-old foal.

The tour concluded with the ambassador being brought to the Irish Racehorse Experience building, in which Mr Guérend, a self-professed horse racing fan, enjoyed learning about the intricacies of the Irish horse-racing industry.

It was also clear that his horse riding experiences paid off, as he notably won the virtual horse race that day in a landslide victory.

After leaving the venue at around 4pm, the ambassador posted the following message of gratitude on his personal Twitter account: "Impressive visit to the Irish National Stud. World class expertise.

"French and Irish share the same love for horses," he added. 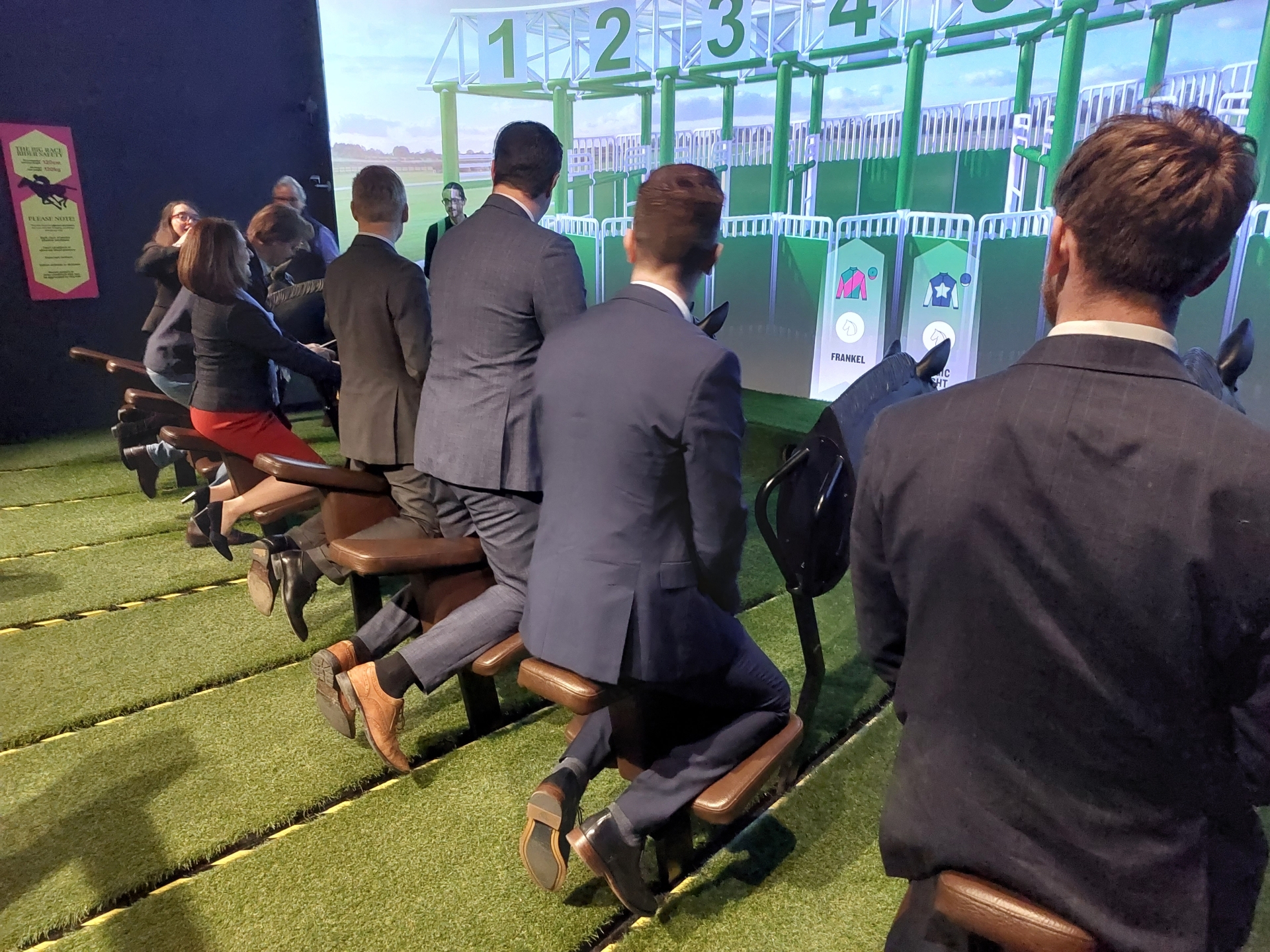 Looking back on the day, Dr Cathal Berry called it ‘a fantastic experience’, while Mr Dempsey said: "Today was important as we have to experience ourselves to the international community.

"The French are an important range of customers (for us) especially in terms of the horse industry, they have a very real interest (in horses)," he added.

Mr Guérend told the Leinster Leader: "I have to come back soon, it’s very impressive, just how well the standards are here, and the dedication of the staff: it’s Irish excellence."

The ambassador also revealed an interesting tale about his first time visiting Ireland as a teenager.

"When I was around 15 or 16, my parents wanted me to spend time in an English speaking country to improve my English, so we decided to go to a farm in Cavan which was run by a lovely family. 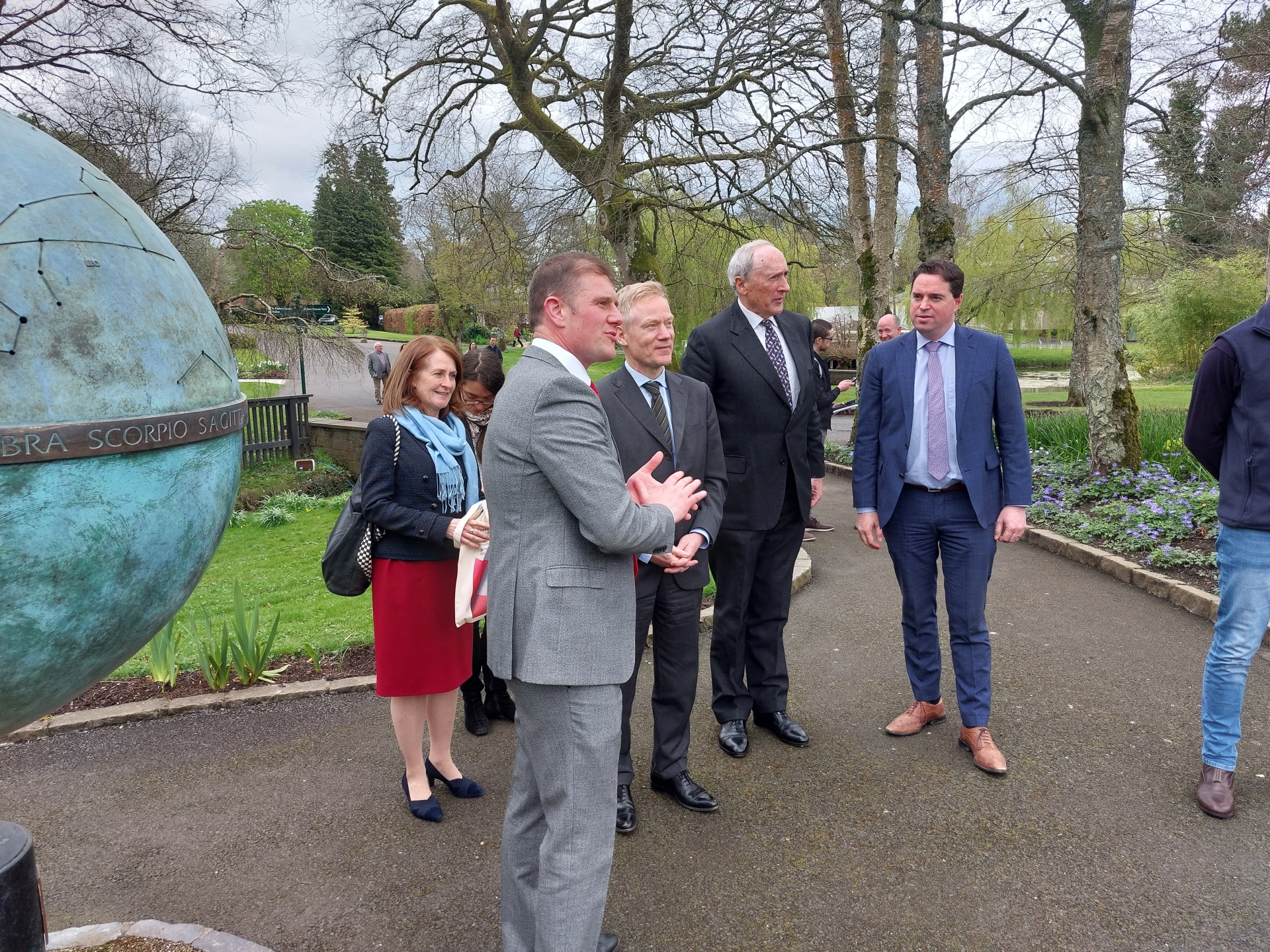 "I had a great time, I really enjoyed it... but when I came back, I spoke with a really strong Cavan accent! When I met with one of my teachers after my trip, he asked me: ‘Where have you been, what happened to you?’

He also said that France will welcome any Ukrainians that are seeking asylum, and assured them not to be apprehensive about doing so despite France’s colonial history: "In the case of Ukraine, the EU has taken a very swift decision to not only just grant them all free access to Europe, but also to also accelerate taking them in, as many of them were just women and children.

Mr Guérend explained: "We have to understand that there have been previous waves of migrants (arriving in France) over the centuries, and we have to show solidarity with all of those who are facing much harsher living conditions in the world.

"So for this, we have to remain open, which is something that is ingrained in France’s values and principles: to welcome those who are fleeing for their safety and for their beliefs."