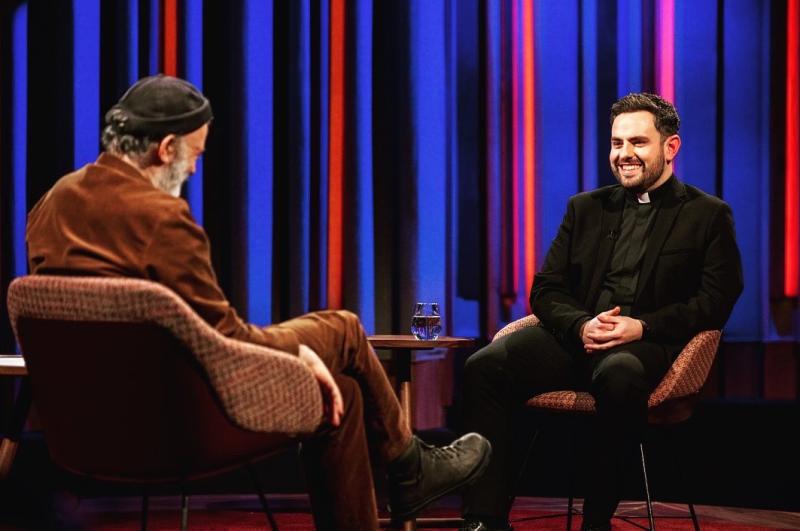 A Newbridge native, who is the youngest priest in Ireland, thanked well-wishers after his primetime TV appearance on The Tommy Tiernan Show on RTE.

In a wide-ranging interview, Fr David Vard (30), who is serving in Portlaoise, described finding his vocation and how he navigates the world of being a priest in Ireland.

Speaking afterwards on Twitter, Fr Vard said: "Thank you everyone for your nice comments!"

He added: "Cheers to Tommy Tiernan and every who worked on the show that night in RTE."

Fr Vard described on the show that he thought he was "finished" with the Catholic Church after his Confirmation.

However he later went on a pilgrimage to Lourdes and was profoundly affected by the experience.

Speaking about his journey into priesthood, he said: "I often describe it to people as falling in love. So I had that period at 16 or 17 of falling in love with God and the church.

"And then entering a seminary at 18 and continuing that in a deeper way. And realising that this god is good and this god loves me. And this god wants me to be a solider in this world for him.

"And falling in love with that idea, and taking that idea and owning it in my way. He's calling me, David Vard, and what does that mean? For me? And how can I be me as a priest in this world?"