Kildare resident brings children of friends from Ukraine to Ireland 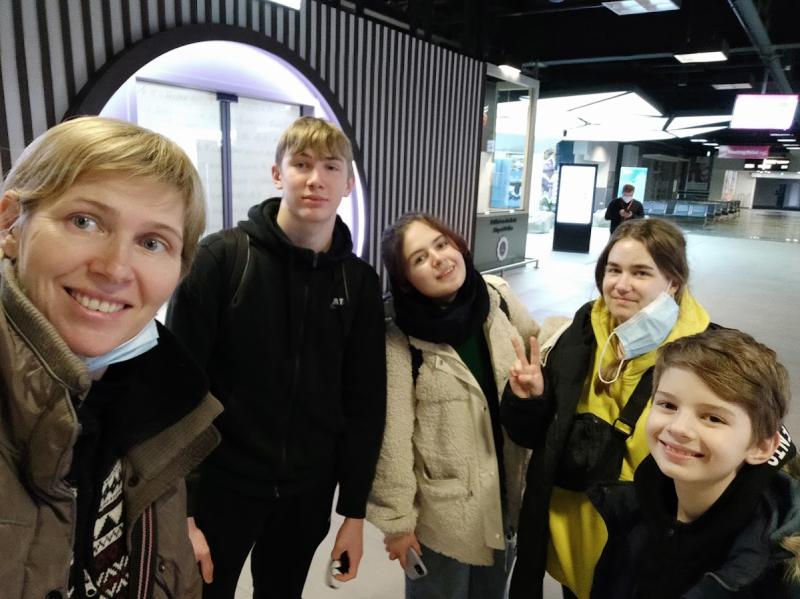 A brave Athy resident has revealed how she dramatically rescued her friends’ children from war-torn Ukraine and brought them to safety in Ireland.

Nataliya Budnyeva was visiting family in Kyiv last month when Russian troops suddenly invaded on February 24 and she and her son Anton (16) found themselves stranded in the city for several days.

Her two friends and their partners believed they had a duty to stay to work as medics in Kyiv hospitals to treat war casualties — and they persuaded her to bring their three children to safety in Ireland.

Nataliya (42) and son Anton then set off on a long journey to the Polish border with siblings Matvii (10) and Margarita (20) as well as Sofia (19).

The group of five took buses, trains and free lifts from helpful strangers and eventually boarded a Ryanair flight from Krakow to Shannon Airport on March 4 last.

Describing the ordeal, Nataliya said: “We relied on the kindness of friends as well as strangers. We were worried for our lives but everybody we met was so good to us.”

Speaking about family and friends left behind in Ukraine, she added: “Every morning we send text messages asking: ‘Are you alive?’
“We hope my friends’ children will be able to return home soon. Or else my friends may come to Ireland eventually but they have a duty at the moment to treat injured soldiers and civilians.”
She added: “I cannot comprehend this new reality. People who try to escape from cities are simply being killed on the road. I cannot understand how humans can do this to other humans.”
Urging support for her home country, she said that a no-fly zone must be enforced over the skies of Ukraine to protect the citizens.
She continued: “At the moment we don’t know how much of Ukraine the Russians will invade. Maybe they will leave some cities alone and refugees can return again.”
The beauty therapist, who has been living in Ireland since 2001, also thanked the local community for its support saying: “Irish generosity is enormous.”
She added that Ukraine refugees who come to Ireland will be willing to work and contribute to society and will want to return home as soon as it is safe.
Anybody in a position to offer support in the form of accommodation for Ukrainian refugees is asked to register at: https://registerofpledges. redcross.ie/