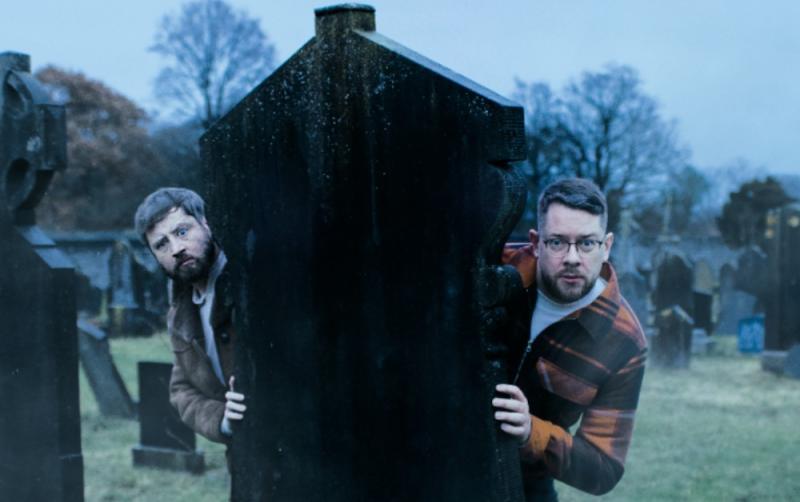 In 2019, Newbridge's Liam Geraghty (producer) and Peter Dunne (writer/director) combined their talents to create Petrified - a hugely acclaimed horror fiction anthology podcast from a darker Ireland. With a uniquely Irish twist, Petrified tells the chilling tales of ordinary people encountering the supernatural, and their terrifying fates.

The first series of Petrified won a New York Festivals Radio Award for Drama Podcast in 2020 despite having only six episodes to its bow, and garnered rave reviews and gained legions of horror fans worldwide in the process.

CrimeReads.com called the show “extremely well written, expertly produced, and brilliantly acted”. One American fan even named their cat after a character.

Liam Geraghty was one of the first podcasters in Ireland which led him to a career in radio where he travelled the country as the PPI Radio Award winning reporter on RTÉ Radio 1's The Business show for over nine years. His podcast The Comic Cast was the first podcast to be archived by The National Library of Ireland. In 2015 he was selected for Full Spectrum - a week-long NYC creative workshop taught by veteran storytellers from This American Life and Gimlet. He produced and hosted The History Channel's official Vikings podcast for the hit TV show. Liam also hosts and produces the NYC Festivals award-winning culture podcast Meet Your Maker and Not Without My Sister.

Peter Dunne is a writer for stage, radio drama and audio experiences as well as an events producer. His works have been staged in The Abbey Theatre on the Peacock Stage, the Project Arts Centre and Smock Alley Theatre amongst others. He is a regular contributor to the Bram Stoker Festival. Peter is a double Smedia nominee for his short films, he was also nominated for The Spirit Of Wit and The Georganne Aldrich Heller award at the Dublin Fringe Festival. Peter is the current editor of GCN magazine.

Peter grew up watching horror films with his Grandad. "When he passed away, to remind myself of him, I used to watch these films and in a weird way, now when I watch horror I actually feel comforted by it because I associate it with him."

On March 30 2022 Petrified Series 2 returns, wherever you listen to podcasts. Petrified emerges from the fog with eight new, uniquely Irish, terrifying tales.  Taking in everything from the Panto to the housing crisis, lockdown to the 12 pubs of Christmas, Petrified Series 2 is deeper, darker and more thrilling than Series 1.