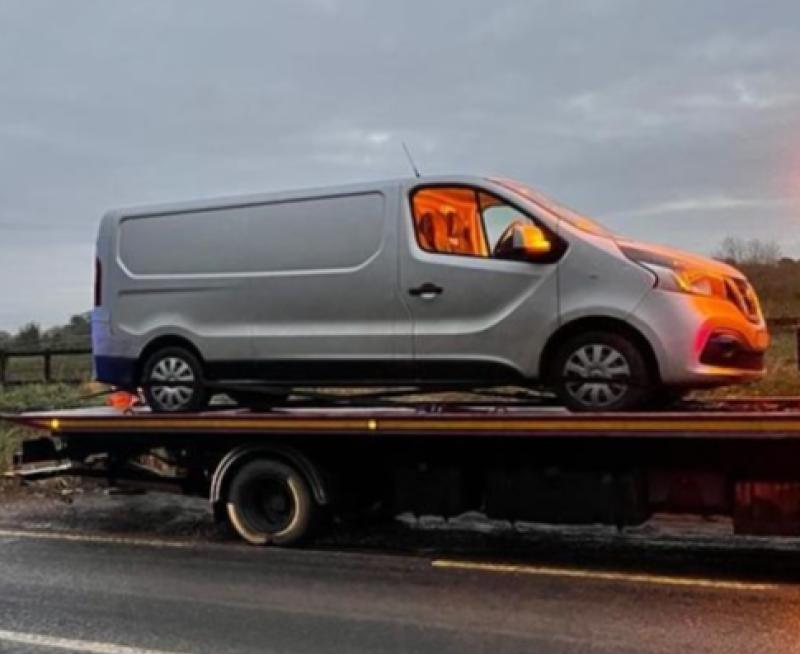 The vehicle at the scene / NAAS ROADS POLICING

Naas Roads Policing Unit were conducting speedchecks near Naas recently when they detected a van speeding at 74kph in a 50kph zone.

The motorist was stopped and it was revealed that the tax on the vehicle had expired for 794 days or over two years.

In addition, there was no valid CVRT.

The van was seized and court proceedings will follow.

The car was impounded and fines were issued as well as three penalty points.

Gardaí reiterated that learner drivers are prohibited from driving on motorways.