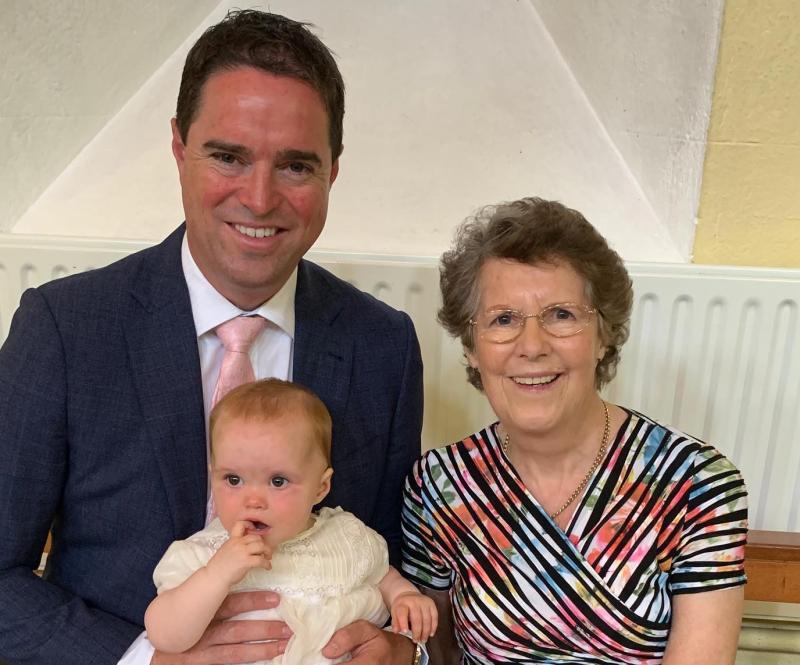 Minister of State at the Department of Agriculture, Food and the Marine with responsibility for Research and Development, Martin Heydon, has bid his late mother Sheila farewell.

The Fine Gael TD said: "Many thanks to everyone who over the past week shared condolences and prayers with us as well as memories of Mam, your support has been a great comfort to us all."

"We will miss Mam terribly but we also are blessed to have so many happy memories of a great Mother, Grandmother, and friend.

Hundreds of commenters offered their condolences to Minister Heydon TD on his official Facebook page.

Sheila Heydon-Hughes, formerly of Calverstown Little, was the beloved wife of the late Martin Heydon and Denis Hughes.

Sheila Heydon-Hughes was buried on Wednesday morning, following an afternoon mass at the Church of SS Mary and Laurence Crookstown, in the adjoining cemetery.