Kildare author Martin Malone returns to his old vocational school, decades after he had been there as a student, to teach refugees beginning a new life 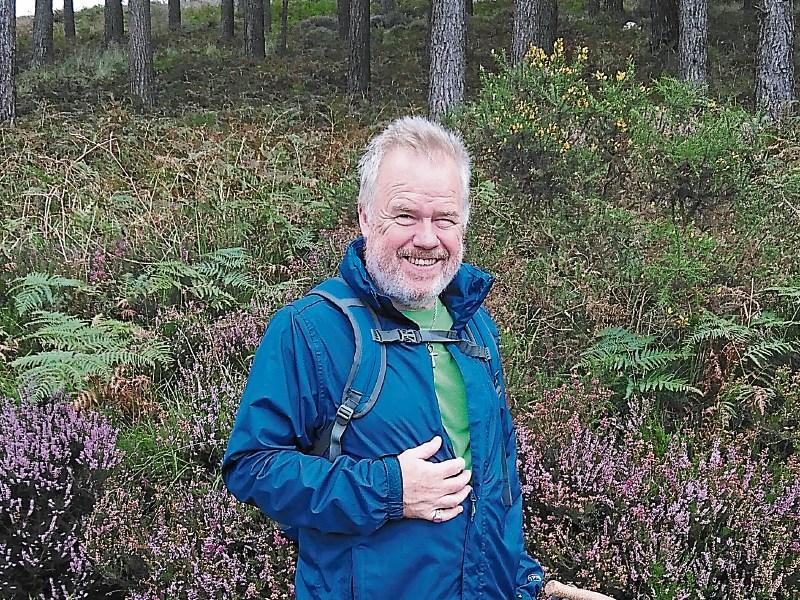 It happened not so long ago that I returned to a vocational school where I had been a student until I was 16, an age at which my schooling ended and a working life began. Older than some others I’d known, who’d packed in the scholarly life at 14. Such were the times. 46 years ago.

I coached an underage soccer team for years until the players pushed into their late teens and I gave in to a desire to see what third level education was about, and applied to become a student on a Masters Creative Writing Programme.

Graciously, I was accepted on the strength of my literary work, as a primary degree was a ‘should have’ requirement for inclusion.

I was 50 back then and if not the oldest pigeon on the course, I was certainly close to it.

After graduation, I went on a full-time ESOL Course, approved by the Dept of Education, which qualified me to teach English as a second language. Which I taught for seven years until chronic neck and shoulder pain drove ageing bones into interminable distress and doused the mind into a sort of painkiller fugue. Such is life.

Soldiers do grow old, I’m afraid. But like everyone else — they do their best to soldier on. Bette Davis, the legendary Hollywood actress, once stated something like this, ‘…growing old is not for wimps’.

In that career’s early years, I taught Beginner, Intermediate and Advanced English to a wide variety of New Irish; Latvians, Lithuanians, Polish,
Nigerians, Chinese, Mexicans, Japanese, Saudi Arabians, Estonians, Slovakians, Romanians, Congolese… and so on, learning too as I went along, and enjoying the aspects of cultures alien to me. Three years into my teaching life, I was afforded the opportunity to return to my old vocational school, now a centre for adult learning, to teach on a programme designed to accommodate the needs of refugees who intended to begin life anew in Ireland.

I’m quite certain that the late Mr Tadgh Hayden, the Principal of St Conleths’s Vocational School, wedged between Meadow Lane and Boithren na Chorp (Road of the Corpses) — named, I had assumed after the 1798 Gibbet Rath slaughter of surrendered rebels, but wasn’t, it goes back further — would be utterly shocked if he were to see his former Maths pupil teaching Advanced English to Syrian and Iraqi students in his, the principal’s office. The noted historian and lecturer would surely frown at this astounding development.

Frown, because there was never a hint that it was in me to teach. Perhaps to write, as an English teacher used to laud some work.

As I stood in that empty classroom, preparing for my first lesson, I recalled the times I stood before the principal for various miscreant deeds and his chief advice was to learn how to say ‘No’.

And I remembered too an afternoon in his home discussing his book, a historical work, on the town he loved and in which he as a person and educationalist was well-liked and highly respected.

So in they trooped. My students from Iraq and Syria.

That first day in the principal’s office.

There was no longer the scent of tobacco, the sound of the Irish language he was fluid in and used whenever he could.

No. Instead there was near perfectly honed English — a young man who in the coming weeks would display amazing break-dancing skills, a young woman who wanted to become a garda, a near qualified dentist, a jewellery maker, and others.

Marked too by the awfulness of war, struggling to move forward. Those of us who haven’t shared similar experiences could not hope to understand what war does to mind, body and spirit.

It helped that I knew a little Arabic, had walked on their turf, visited places that turned out to be their hometowns.

After they’d left the classroom to fetch the bus that would bring them to their accommodation, I sat and stared through the window, at a robin posing between the fork of a tree, at shadows playing on artificial turf that was once a mini-pitch and putt course. I didn’t think of how quickly the years passed us by.

Iapetus, ‘81 is set during the summer of 1981 in a horseracing stable on the Curragh. It draws inspiration from real occurrences, although all characters are fictional. The work hinges on two major betting coups, one of which causes the bookies to strike. The RUC riot squad from the Maze prison is called to the racecourse to quell the disturbance. It is the only occasion in horseracing’s long and chequered history that bookies/turf accountants went on strike.The ‘stroke’ behind the strike made national and international news.

Iapetus, ‘81 is layered with the lives of the characters working in the yard during that summer.

It is an era of hunger strikes, the Stardust disco disaster, and of an influx of young people living in digs in the Curragh racecourse’s satellite towns, adjusting to working lives that hold false promise for many.

The author’s previous works include the novels The Broken Cedar and the bestselling The Silence of the Glasshouse, New Island. The book is published by Owl Fellas’ Press, with the support of the Arts Council and Kildare County Arts Service. It is available online and in 35 bookstores and retail outlets. The novel will also be available on Amazon, in paperback and eBook.

You can read more of Martin’s work in this year’s Ireland’s Own Anthology.