Kildare Local History: When the gates flew open for Rath Camp prisoners in 1921 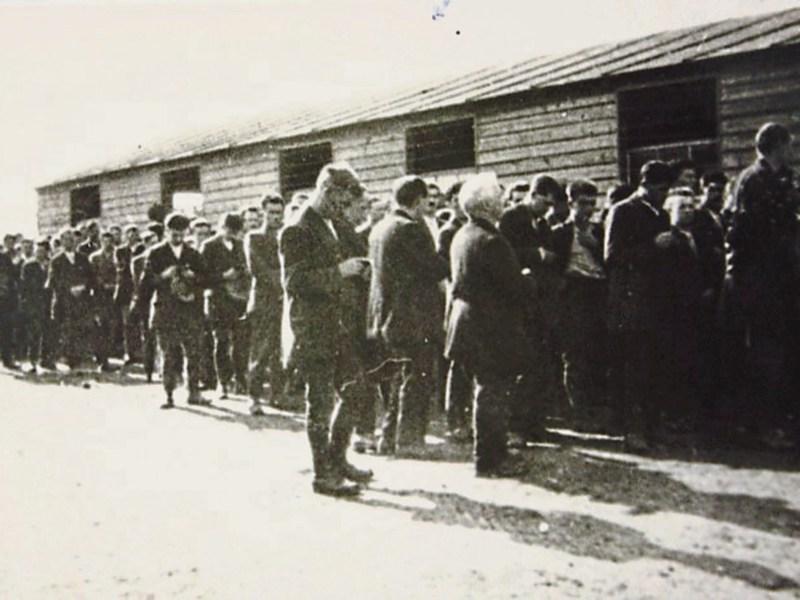 During the War of Independence, the Curragh plains was home to one of the most important internment camps in the country — the Rath Camp, which opened on March 1, 1921 and housed up to 1,300 men.

Altogether, some 190 men from County Kildare were interned during the War of Independence: 166 intermittently at Hare Park Camp and the Rath Camp, on the Curragh, while 24 were held at Ballykinlar Camp, in Co Down.

Some were found to have no connection to the republican movement and were released within days or weeks. However, the arrests of many committed republicans curtailed activity in the county in the most critical period leading up to the Truce of July 11, 1921.

The signing of the truce brought hope that republican prisoners would be released, but when that was not forthcoming many decided to gain their own freedom.

On September 9, at least 54 men escaped through a tunnel from the Rath Camp. In the weeks that followed, more men escaped individually and in small groups. Tension in the Rath Camp, during the autumn, was at an all-time high with frequent accusations from the prisoners of brutality by the British army guards.

Throughout Ireland, empathic resolutions were adopted by county councils and others calling for a release of untried political prisoners.

In October, after visits by the British press, a joint investigation committee representing the republican party and the crown government was set up; the following month members of the Internment Camps Inquiry Commission visited the Rath Camp.

A new system of liberalised parole was introduced, whereby men were released for a specified time — usually ten days. Five prisoners were immediately released on health grounds, among them Laurence Callaghan, a barber from Main Street, Naas.

Further releases occurred when the authorities reviewed the evidence against internees. The change in weather caused increased hardship and about 100 men were hospitalised suffering from colds and pneumonia from the poor conditions.

Dick Harris, of Prosperous, who had been arrested in the summer at an aeridheacht at Donore, Caragh, was released on parole from Rath Camp in late November 1921, due to ill-health.

At 2.10am on December 6, 1921, the Anglo-Irish Treaty was signed in London by representatives of the Irish and British governments. On the following day, the British cabinet considered ‘strong representation’ from the Irish delegates for the immediate release of internees to help secure acceptance of the Treaty by Dáil Éireann.

The question of convicted political prisoners, or those awaiting trial, was put back pending ratification of the treaty.

An announcement was then issued from Downing Street:

“In view of the agreement signed between representatives of the British government and the Irish Delegation of Plenipotentiaries, his Majesty has approved of the release forthwith of all persons interned under the Regulation of Order in Ireland Act.”

The next day, December 8, the release of interned republicans began. Around 500 prisoners — from Dublin and Kildare — were released from the Rath Camp. The remaining 700 were to be freed the following day, apart from four who had been courtmartialled and sentenced to terms of imprisonment for attempting to escape.

Newspaper reporters visited the camp and according to the Leinster Leader correspondent: ‘The internees looked in very good health despite their long rigorous incarceration, and were in the highest spirits.’

Internees were standing without overcoats or hats with their backs to the huts, according to the correspondent, and they said they had not received the news of their release until that morning.

At 2.30pm, the gates opened and two lorries carrying the internees’ belongings drove out of the camp, followed by groups of prisoners, who received great cheers from a large gathering of locals, sympathisers and relatives. A group of British soldiers saluted the prisoners as they passed.

A large and enthusiastic crowd saw off the ex-prisoners. Furze fires were lit on various parts of the Curragh plain and fires were lit at all stations en route to Kingsbridge Station in Dublin.

The County Kildare prisoners left by motors for their respective homes and were loudly cheered on the way. On arrival, bonfires and tar barrels burned as large crowds greeted the ex-internees.

Many cars passed through Naas conveying homewards numbers of men from the vicinity of the town, and Kill, Rathmore and Ballymore Eustace.

In Naas itself, the arrival of cars with local and other internees generated excited scenes, and bonfires blazed in several parts of the town. That night the streets of Naas were ablaze with tar barrels as considerable revelry took place.

Large crowds and bands met prisoners from the Curragh and Ballykinlar as they disembarked from the trains in Athy station. Parades included detachments of Volunteers and Fianna Boy Scouts as well as local bands. Bonfires were noted in other rural areas in the county. Great receptions were evident in Maynooth and Newbridge where tar barrels blazed in the town.

On December 9, the remaining 700 prisoners were released from the Rath Camp which was then closed. The celebrations for released detainees continued into mid-January when the last of the sentenced prisoners were freed.

By then there was an evident split in the republican movement which would lead to civil war in the summer of 1922...

James Durney is a historian at the Local Studies Department, Kildare Library Service