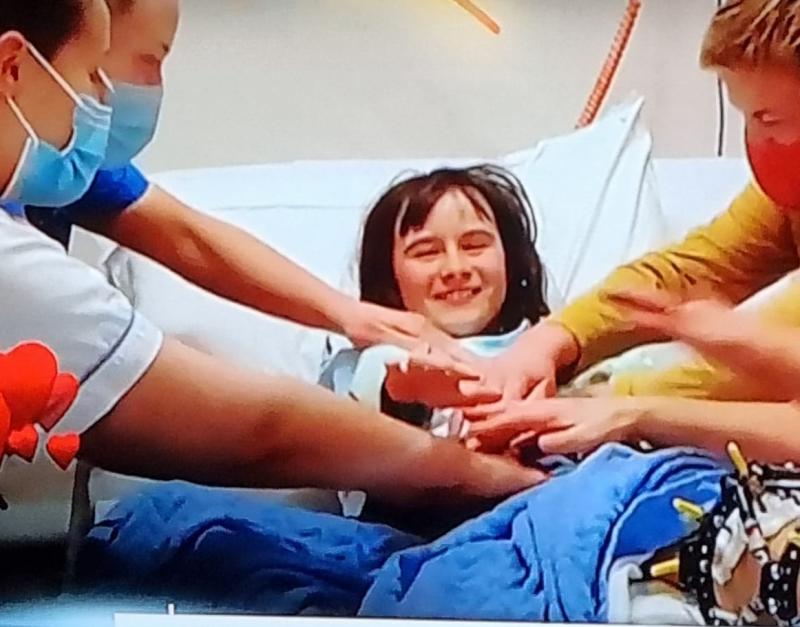 A young Naas girl appeared on the Late Late Toy Show while recovering from suffering a broken leg in a rugby game.
Talented player Orla O’Malley (10) was involved in a minis Under 12 team against Athy on November 20 when she sustained the injury.

However the brave schoolgirl ended up appearing on the Late Late Toy Show after she was shown getting a ‘hero’s wave’ from nurses in her bed in Our Lady’s Hospital in Crumlin. 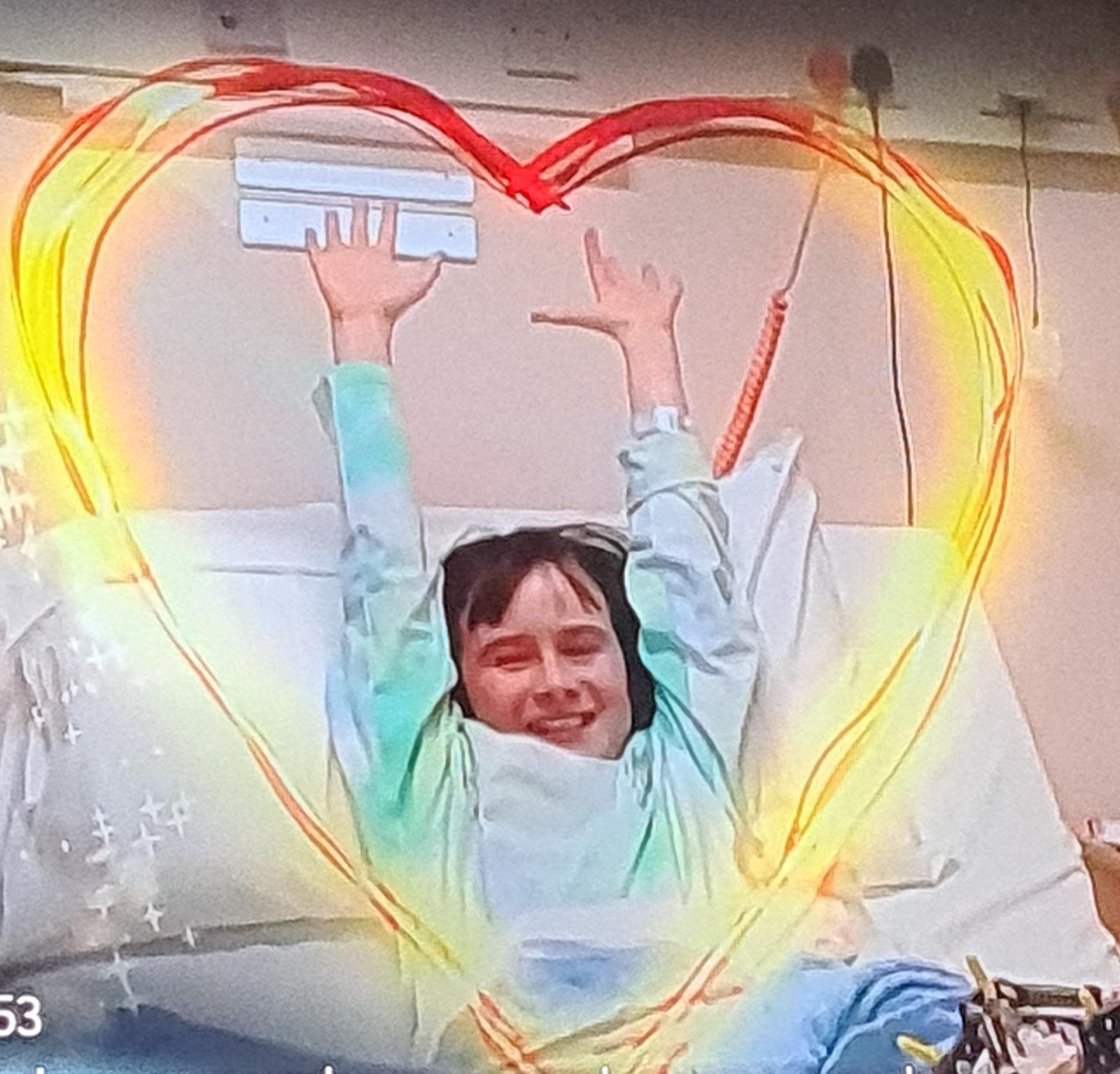 Orla later got home in time to see herself feature in the annual TV extravaganza which was watched by over 1.5m people.

Naas Rugby Club coach Janice O’Brien said: “After the superb doctors and nurses, Orla got home to watch herself do a ‘hero wave’ on the Toy Show!”

She added: “The nurses and doctors of Our Lady's Hospital in Crumlin were astounded that Orla — less than 24 hours after a seven-hour surgery recovery — was up and about walking.

“She was strength and determination personified.”
Orla’s kind teammates have clubbed together to buy her the new Naas sports gear from Colgan Sports in Naas.
Janice added: “Everyone at Naas Rugby wishes Orla a speedy recovery and her family a safe Christmas.”
Janice also said that Naas and Ireland rugby star Mary Healy presented Orla with a signed jersey by all the ladies of the Irish team.
Meanwhile the Late Late Toy Show charity appeal surpassed the €5 million mark with further donations of up to €1m yet to be added by Revolut co-founder Vlad Yatsenko following short-lived glitches with the money sharing app.
The RTÉ Toy Show Appeal in partnership with The Community Foundation for Ireland helped over 600,000 children and family members across the island of Ireland last year.

Viewers can continue to donate to Irish charities at www.rte.ie/toyshowappeal and via the 'donations' tab on the Revolut app.
Last year, the appeal raised an incredible €6.6m for various charities.
It was the first year that the show held an appeal after it was inspired by Toy Show star Saoirse.
A guest on the 2020 Toy Show, Saoirse Ruane raised money through a host of fundraisers because after being diagnosed with a tumour she admitted she “had to get her leg taken away” and she needed prosthesis until she is 18.”
Saoirse raised more money than was initially needed so she donated the extra money to charities and hospitals that helped her.