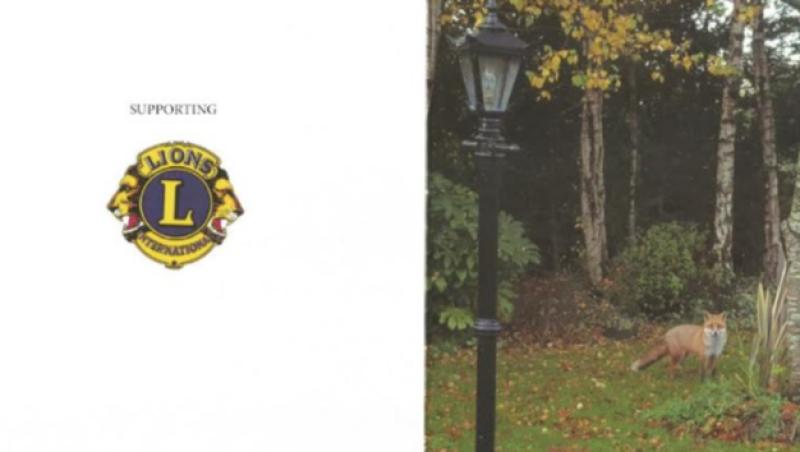 Newbridge Kildare Lions Club (NKLC) has unveiled a Christmas card project, with all proceeds going towards the club's charitable causes.

The cards are inspired by the works of local poet Tom Dunne, who hails from Kildare town.

Mr Dunne, who recently celebrated his 90th birthday, previously worked in the Kildangan Stud since the 1950s and for a number of decades afterwards.

NKLC added that he looked after the Fox Covert among his duties, and was present for the Kildangan Fox Hunt.

The club explained the inspiration behind the cards: "Shortly after hearing Tom recite his  poem about the Kildangan Fox Hunt, a fox appeared in NKLC member Rory de Bruir’s garden and nonchalantly posed for a photograph."

"This prompted the Christmas Card project with the opportunity to put Tom’s poem in print."

NKLC added: "Many people will associate St Stephens Day with the meeting of the Hunt in Dunlavin, County Wicklow  and the photographs from various hunts on national papers and in the Leader Leader in the days after Christmas.

"While we rarely actually have snow and sleigh bells at Christmas,  it is hoped that  this card will be evocative of the Christmas Season and St. Stephens Day."

It also said that for those who may not be overly enthused by hunting, the poem has a happy ending, with Tom’s wily Reynard the Fox leading the hunt on a merry dance and returning home to the fox covert.

The new Cards are in packs of five at €10 a pack, with all proceeds going to the Lions Club's Charitable Causes.