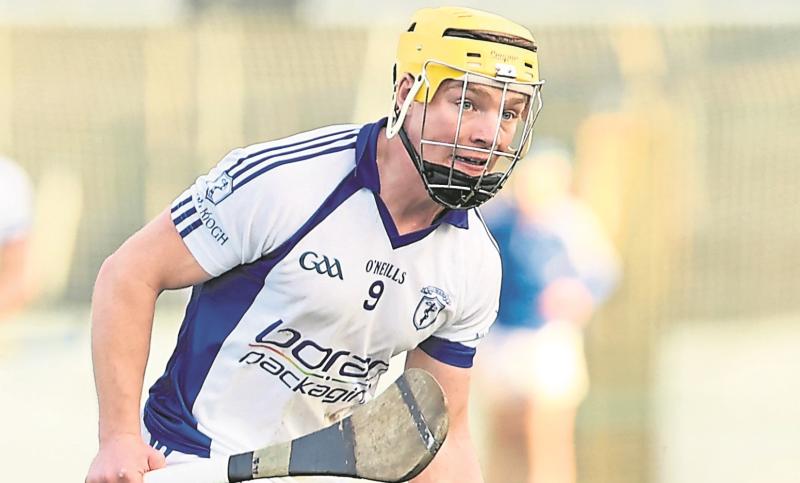 Both Naas and Maynooth GAA will be vying for semi final spots this weekend in the AIB Leinster Club Hurling Championship.

Maynooth will be in action 24 hours later in the Leinster Club JHC when they take on Laois champons Trumera, also throws-in at 1 pm, but this one is fixed for Manguard Plus, COE in Hawkfield.

Following their three senior titles in a row, Naas will have their eyes firmly set now on making progress in Leinster but facing Castleknock will be no pushover and that's for sure.

Naas were put to the pin of their collective collars to dispose of the Celbrige challenge in the Kildare decider and whle they never really played up to the standards we have come to expect, Celbridge played well and were in in fact, led for a lot of that game.

Naas had in Jack Sheridan, a player who showed off his many talents, both from some brilliant long distance free taking but also his overall display from open play.

It took a brilliant goal from midfielder Simon Lacey to really waken up the team from the county town and they will certainly be hoping, and indeed if they are to succeed, bring their 'A' game if they are to dispel the challenge of Castleknock.

Overall though there is an expectation about this Naas team, and with a decent defence in keeper Cormac Gallagher, fronted by Richie Hogan, a half back line of Kevin Whelan, Ross Kelly and Rian Boran while Sean Gainey and Simon Leacy are more than a decent midfield.

Brian Byrne will again captain the side from no. 11, and with the Dowling boys, dual star James Burke along with Jack Sheridan will be confident of making it to the last four.

On Sunday it is the return of Maynooth to strut their stuff in the Leinster Club Junior campaign.

Only last week the boys in black confirmed their status as senior championship contenders when defeating Éire Óg Corrachoill, something they have been striving now for a few seasons.

They are a strong side with no shortage of decent players, well managed and coached and will not fear the boys from Laois.

They have in Cathal McCabe, a player operating at the top of his game at present, and with scorer-in-chief David Qualter, along with Tadhg Forde, Michael Hogan and Ciaran Flanagan, a side more than capable of making a big impression at this level in the Leinster Club.