Tributes paid to Austin Currie who dies at home in Allenwood 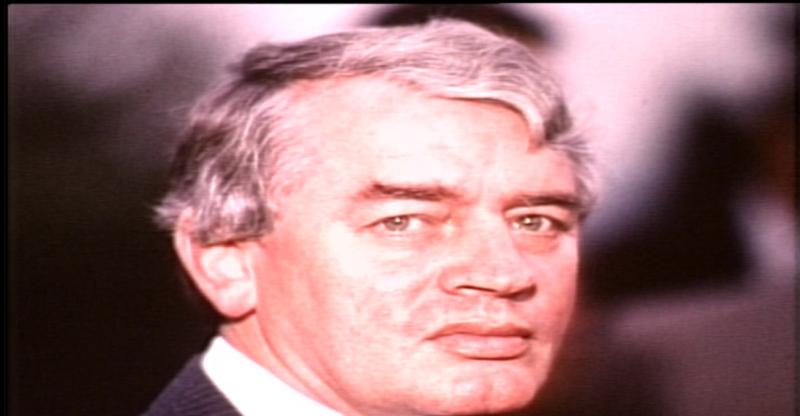 The Currie family said: "After a long and eventful life, he died peacefully in his sleep at his home in Derrymullen, Co Kildare. He had just celebrated his 82nd birthday.

"Austin was married to Annita for 53 years. They were a formidable team whose love for each other and their family saw them through some of the worst times in Northern Ireland's recent history.

"Austin, who was born in Co Tyrone, was the eldest of eleven children. His decision to squat a council house in Caledon in June 1968 is widely seen as the beginning of the Civil Rights Movement."

Minister of State Martin Heydon said: "I am deeply saddened at the sudden passing of Austin Currie, a hugely influential figure in Irish Politics, a Kildare South constituent and a friend.

"A resident of Derrymullen, Kildare, in recent years Austin was an active member of Allen/Rathangan Fine Gael branch supporting and working with myself,  Cllr. Mark Stafford and Cllr Brendan Wyse.

"Whether serving north or south of the border, he was renowned and respected for his strength, bravery, and the courage of his convictions. A man of peace, integrity and social justice."

"His outstanding service to the people of this country as an advocate and politician will stand as his proud legacy. It was pleasure and privilege to have worked with him as a colleague in politics," President Higgins said.

"He will be remembered as a public representative who gave outstanding service to people of the island of Ireland over so many decades."

Mr Currie was also a founding member of the SDLP in the early 1970s.

He had a long political career and was one of the few elected to parliament on both sides of the border. He moved to Dublin in the 1980s and joined Fine Gael, running for president in 1990.

Mr Currie served as a minister of state in the Rainbow Coalition a few years later.

He is survived by his wife Annita and their five children, including their daughter Senator Emer Currie.

Born in Coalisland, Co Tyrone, he became the youngest MP elected to the parliament at Stormont at the age of 24 when he took a seat for the Nationalist party in East Tyrone.

Four years later in 1968, he was one of a group that occupied a house which had been allocated by the council to a young unmarried woman who was the secretary to a local Unionist politician.

It came at a time when there were 250 people on the housing waiting list and many Catholic families were living in overcrowded conditions.

In 1970, Mr Currie was one of the founding members of the SDLP with John Hume, Ivan Cooper, Gerry Fitt, Paddy Devlin and Paddy O'Hanlon. He went on to serve as the Minister for Housing in Northern Ireland's first power-sharing executive in 1974.

He contested Westminster elections in Fermanagh-South Tyrone in 1979 and 1986 and was elected to represent that constituency in the Northern Ireland Assembly in 1982.

In 1989, he moved south after winning a seat in Dublin West in that year's General Election. In 1990, he was Fine Gael's candidate for the President. He came third behind Fianna Fáil's Brian Lenihan and winner Mary Robinson.

During the Fine Gael-led rainbow coalition government from 1994 to 1997 he was minister of state at the Departments of Education, Justice and Health.

He lost his Dáil seat at the 2002 General Election and retired from electoral politics.