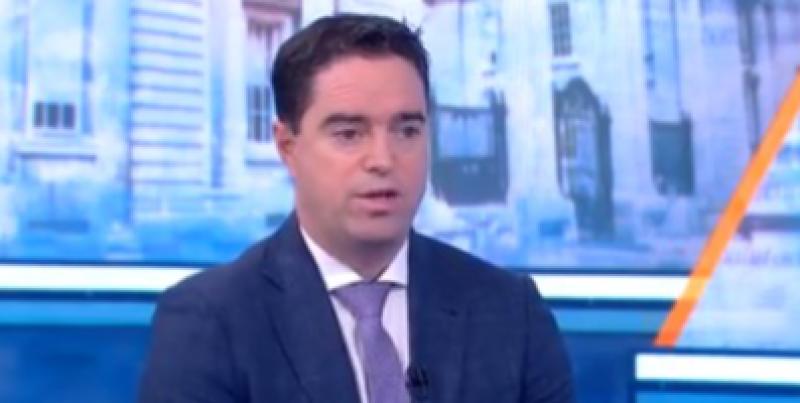 A Minister of State with the Department of Agriculture, Food and the Marine has echoed Minister for Defence Simon Coveney's concerns over the UK potentially triggering Article 16.

Yesterday, the former Tánaiste and Deputy-Leader of Fine Gael (FG) told RTÉ's This Week programme that evidence suggests the British government is preparing to trigger Article 16 of the Northern Ireland Protocol.

He also warned that doing so could lead to a trade dispute between the European Union and the UK.

Deputy Minister and fellow FG member Martin Heydon TD also recently weighed in on the matter while being interviewed on RTÉ's This Week in Politics programme.

He explained: "The fact of the matter is, when a nation agrees to enter into an international agreement, governments are expected to hold up to them."

"Effectively, you have the British govt undermining a protocol which was (originally) a suggestion from London, not Brussels."

Deputy Heydon continued: "It was an alternative (to), also, (the proposal) that they didn't want."

He further explained that he felt that the British govt "need to be really, really clear" that triggering Article 16 will damage EU-UK relations, in addition to Ireland-UK relations.

"(It) would put Northern Ireland and its citizens into a dreadful position," the Newbridge politician added.

After sharing the clip on his official Twitter account, Deputy Heydon's clip was quote-tweeted by fellow FG member, Dublin-Rathdown TD Neale Richmond, who said: "Nobody wins from Article 16 being triggered, least of all the people of Northern Ireland."

Nobody wins from #Article16 being triggered, least of all the people of Northern Ireland. https://t.co/AlSh7cdHzt

UK Labour Party leader Keir Starmer has also expressed concerns over Article 16, saying that triggering it would not the solve problems relating to the part of the divorce agreement that governs trade with Northern Ireland.