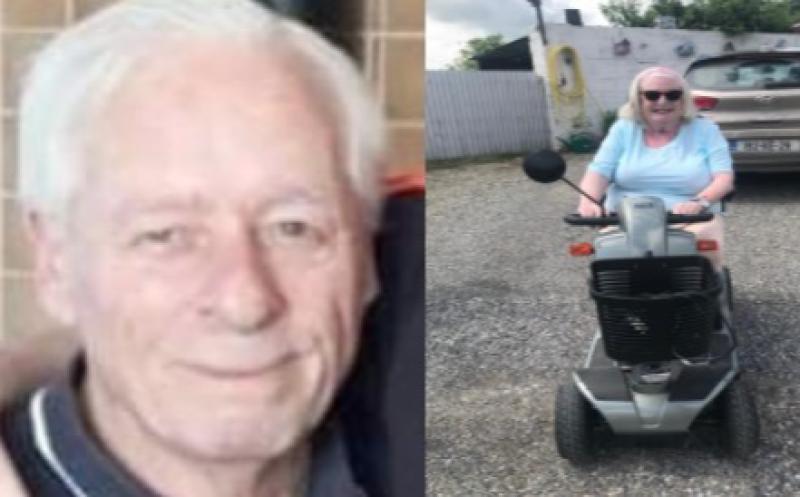 The death has occurred of Christopher Birchall of Mineview House, Commons Road, Ballingarry (SR), Tipperary / Maynooth, Kildare. He passed away on October 31 and is deeply regretted by his wife Marie, sons Damien and Declan, daughter Tanya, grandchildren, great-grandchildren, relatives, neighbours and friends.

Funeral Mass can be viewed on www.maynoothparish.org.

The death has occurred of Brian Brennan of Newbridge, who passed away peacefully in the wonderful care of the staff at Our Lady’s Hospice, Harold’s Cross on November 3.

Removal from Anderson and Leahy's Funeral Home, Newbridge on Friday 5 November to arrive at St Conleth's Parish Church, Newbridge for Mass at 12pm.

Beloved wife of 56 years to Jimmy, her sons Eamonn, Seamus (Clonmel) and Ciaran, her daughters in law, Andrea, Thèrèse and Tracey, her beloved grandchildren, the extended Dunne and Lawlor family, her many close friends and neighbours.

Esther was an amazing person who will be deeply missed.

Reposing at her residence from 2pm to 7pm on Thursday 4.

Removal on Friday morning at 10.30am to Crookstown Parish Church for 11am Requiem Mass.

Burial afterwards in the adjoining cemetery.

Mass will be live streamed on the link below.

Formerly of Basingstoke, England, November 2, she passed away peacefully in her 97th year, in the loving care of TLC Nursing Home, Maynooth, Co. Kildare.

Removal on Saturday morning (November 6) from Reilly's Funeral Home, Woods House, Clane at 11am to arrive at St Michael & All Angels Church, Millicent (W91 NH27) for 11.30am funeral service, followed by cremation at Mount Jerome Crematorium.

The commital service in Mount Jerome Crematorium can be viewed live on Saturday at 1.45pm by clicking the following link: https://www.mountjerome.ie/victorian-chapel-service/

Please adhere to all covid19 restrictions regarding face masks, hand shaking and social distancing while attending the funeral.