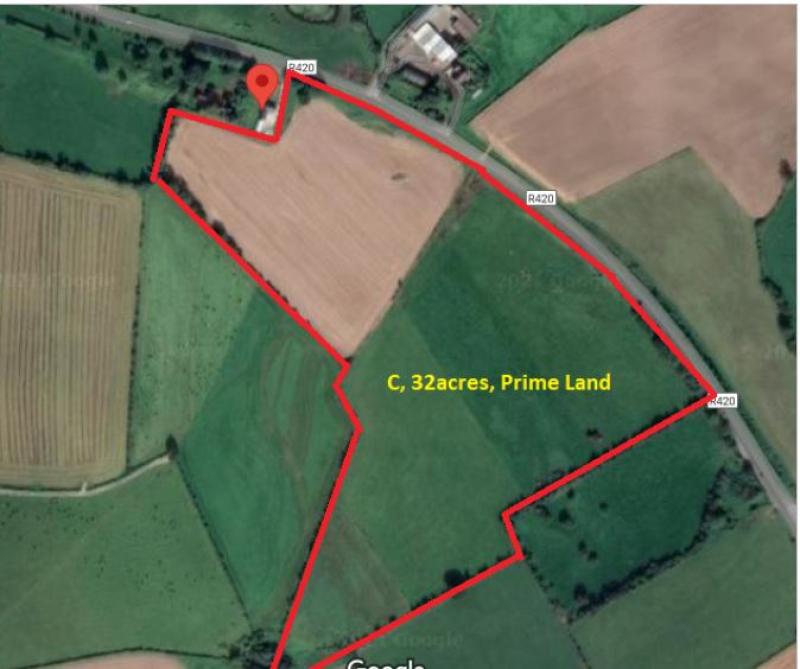 A good crowd attended the auction and it was conducted in traditional style by Matt Dunne with no live internet platform.

“I knew all the interested parties would be local, so what was the point in introducing the technology,” said Matt with a grin.

With new endeavours the bidding quickly rose to €300,000 at which time it was declared on the market, with no further bids.

The vendors were the reps of the late Melvie O’Rourke and the buyer was a Dublin man who had already purchased a farm in the area. All parties were happy with the outcome.

Some of the land was low lying and prone to flooding whilst the remainder was all good arable land. The price averaged out at €9,400 per acre.

The solicitor on the day was Patrick Fox, Hoey & Denning, Tullamore.