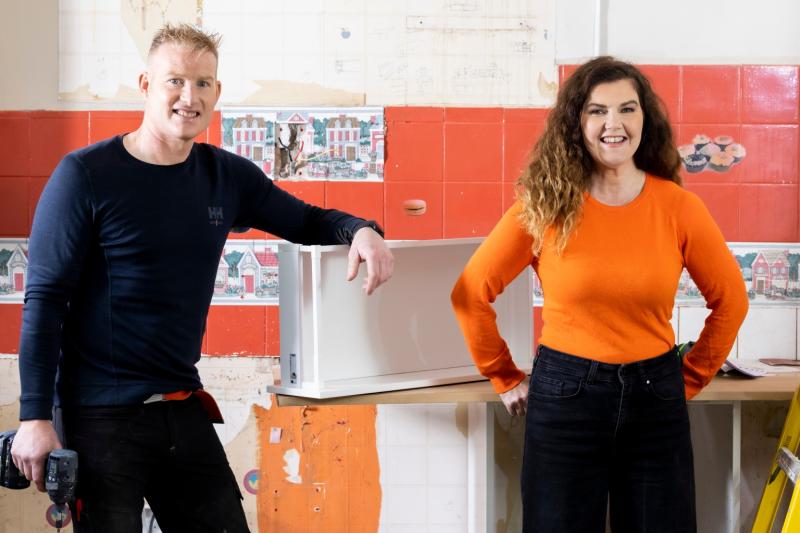 RTÉ's hit show the Home Rescue: The Big Fix is set to return to the small screens soon, with its first two episodes taking place in Kildare.

Hosts Róisín Murphy and Peter Finn are back for a new series, in which they will initially meet Celine in Kilcullen, Co Kildare who envisions turning her 'Rose Cottage' into her dream home.

"What was originally envisioned by Celine’s dad Noel as a dream cottage for his daughter has been a work in progress (with very little progress) for the last ten years."

"Sadly, in 2011, Noel was diagnosed with Motor Neurone Disease and despite his best efforts, he never got to finish the renovation."

"As a single parent and full time theatre manager, Celine said that she has never really managed to complete her dad’s vision despite her best efforts."

"Róisín plans to make sense of Rose Cottage by removing an internal wall raising a ceiling to the full height of the roof, creating a secret hatch to the kitchen and installing a roof light."

"However, like many old houses, the cottage is stubbornly resistant to change."

"After manhandling the chicken coop to the far side of the garden and experiencing an eventful run-in with an aggressive terrapin, Builder Peter finds himself having to drill through a two-foot-thick internal wall and trying desperately to connect two concrete floors that should match but turn out to be on entirely different levels."

It is understood that episode two will feature a home in Kilcock.

RTÉ further revealed that the show will be moved to a one-hour slot.

The latest series of Home Rescue: The Big Fix will debut on Thursday October 28 at 9:30pm on RTÉ 2.