Triona Pender, from Grangenolvin near Castledermot, is head of programmes at ActionAid Ireland. She wrote this eyewitness diary from Haiti while working on the emergency response to August’s earthquake 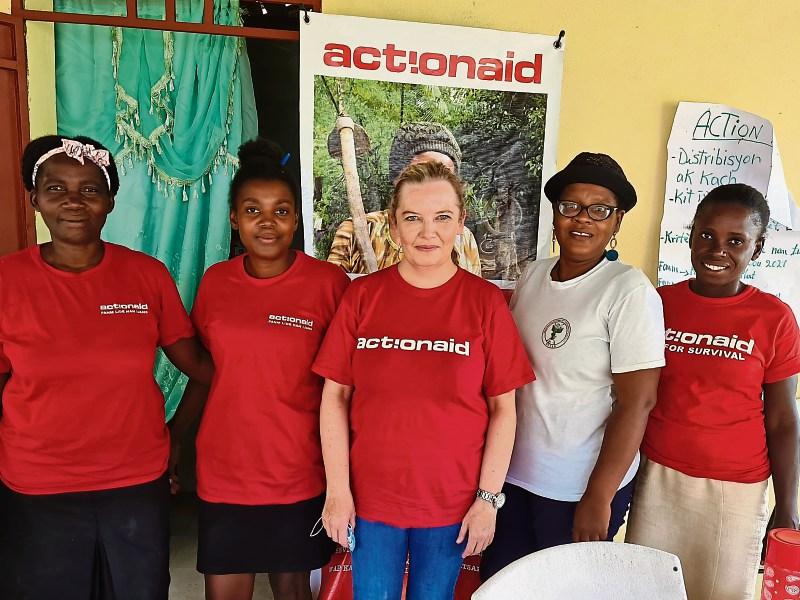 Triona Pender, head of programmes at ActionAid Ireland, with local women's group members in Haiti who are spearheading the earthquake relief response

On August 14, a 7.2 magnitude earthquake struck the island of Haiti about 125km west of the capital Port Au Prince. Over 2,200 people were killed and 130,000 homes were destroyed or severely damaged in Jeremie, Sud and Nippes. The earthquake (and Storm Grace which followed on August 16) has worsened the vulnerability of an already suffering population, as 80% of the country was living on US$2 or less before the disaster.

October is the start of the hurricane season in the Caribbean and thousands of families remain without proper shelter or food as only a certain number have received even tarpaulins or other supports. Families are desperate to restart their farming activities and small businesses so that they can support their own living.

ActionAid provides long term support to women and children in developing countries so that they can overcome the obstacles holding them back. We work with women because, across the world, women’s and girls’ rights are affected the most by poverty; for example girls are the first to be taken out of school when families can no longer afford school fees and this contributes to the cycle of poverty for women, many of whom never learn to read and write. We work with local women in our emergency response to ensure that they have the skills to make decisions and lead the response programmes, such as selecting who should receive emergency distributions, organising the distributions and having a say in the longer-term response plans.

ActionAid has been based in Haiti for over 30 years and is operational in the areas that were most severely affected by the earthquake. ActionAid’s Haitian staff members, together with women from the affected communities, began responding to the earthquake the following day, visiting the communities to assess the damage and get an idea of immediate needs. ActionAid’s International Humanitarian & Resilience Team supported them with immediate funding to begin responding with hygiene kits, tarpaulins and cash for families most severely affected.

I was sent over the following week, for a month-long assignment, to support our amazing local team as I am part of an international humanitarian roster of senior emergencies managers. I assisted the team and our local women partners to do a detailed needs assessment of requirements in the medium and long term. We are now seeking funding for a long term plan as our emergency budget is for immediate needs only and will run out in another month. 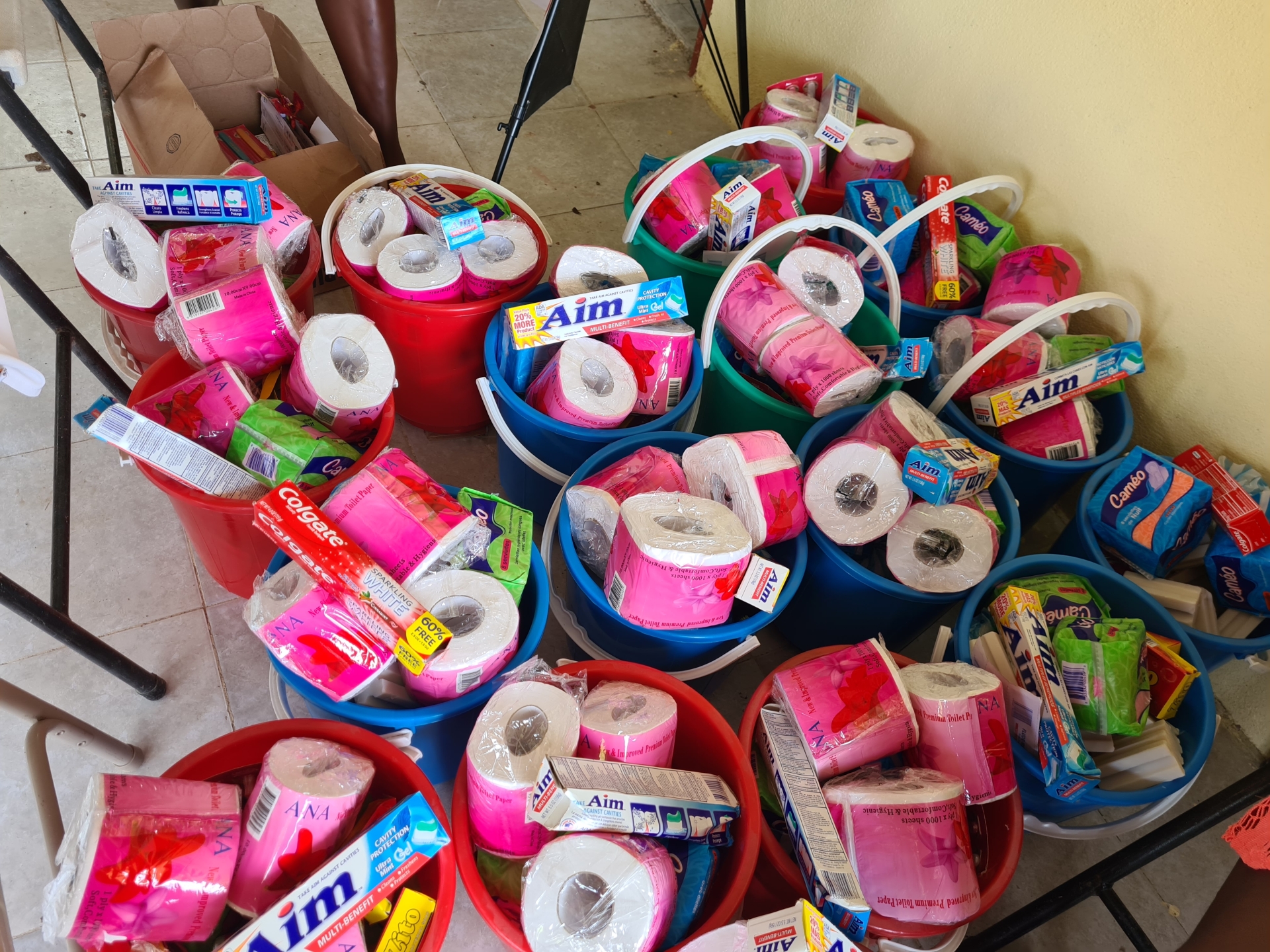 I visited a community called Roseaux, in the department of Grand Anse in Haiti, one of the areas most affected by the earthquake, to help with an ActionAid distribution of hygiene kits. These consisted of soap, washing powder, sanitary towels, toothbrush and toothpaste, toilet paper, and chlorox and aqua tabs to purify water. The kits are delivered in a plastic bucket rather than a plastic bag, which can be reused.

We also distributed the equivalent of around €200 to families whose homes had been completely destroyed by the earthquake. They can now invest in rebuilding some kind of shelter for themselves.

Families in areas like Grand Anse were already in receipt of food relief from the World Food Programme and ActionAid; then came the earthquake which destroyed or damaged almost 130,000 homes; a day later, torrential rains from Cyclone Grace washed away the temporary shelters they had constructed. People here are desperate.

I had heard of people blocking aid convoys on the road as they are so tired of waiting for support and are frustrated at seeing trucks passing them by when they are also in dire need. I didn’t really know what to expect with our recent distribution; we are the only NGO present in our operational communities.

I was a bit taken aback when we pulled into the yard of the Women’s Safe Space office to see people waiting patiently for us and not rushing towards the car.

We had stopped at the homes of many programme participants on the way to the distribution. I can’t even describe properly the misery I saw. 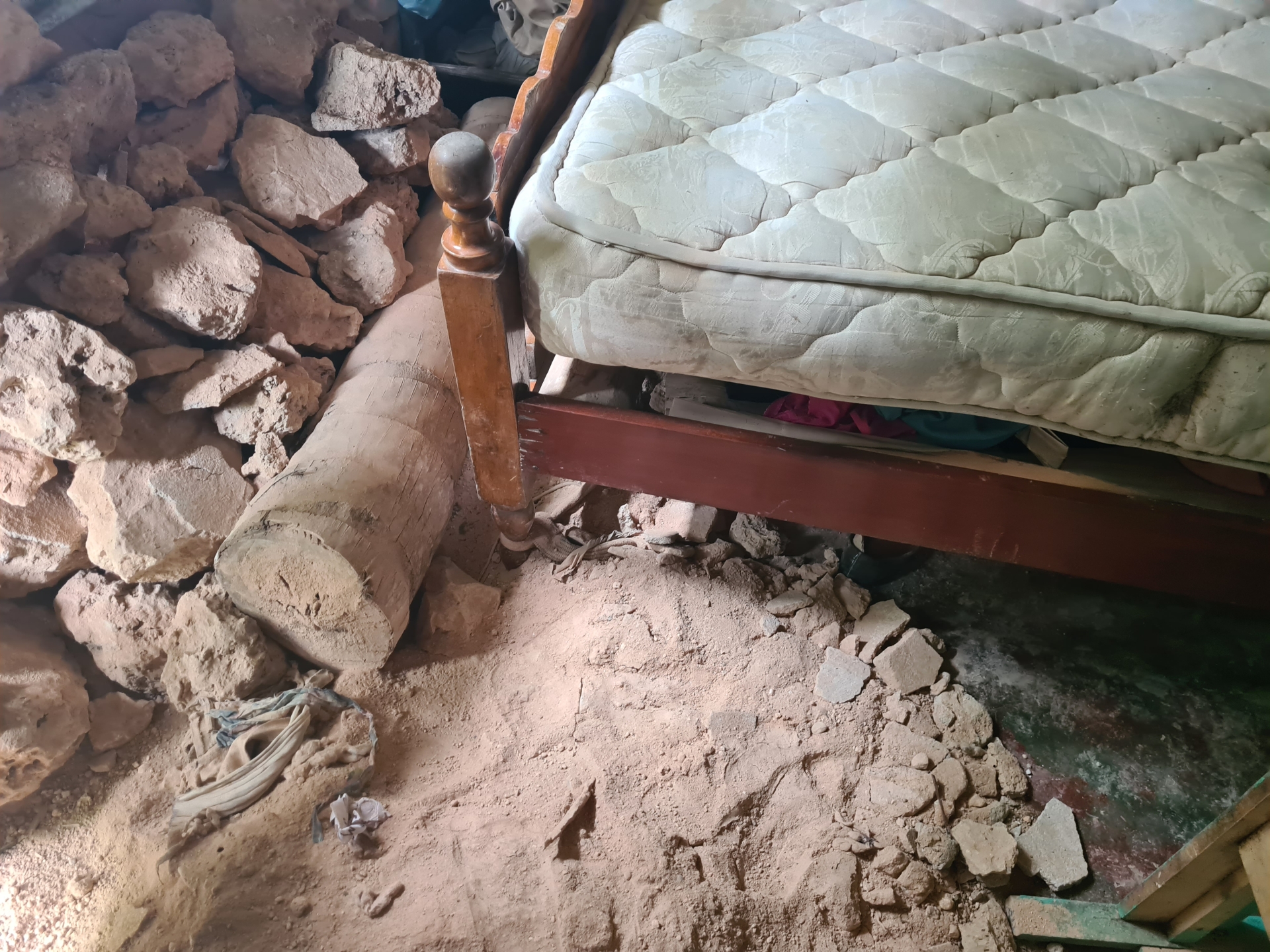 Damage in a home in Jeremie

People are sleeping under a tarpaulin held up with sticks, or in their kitchens (which are separate from the rest of the house and not made with blocks so the structure is safer).

I saw elderly couples, pregnant women, tiny children living in these conditions with their house on the ground in a pile of blocks and stones beside them. Or — just as bad — houses still standing but with huge cracks in the walls and floors and completely unsafe. Some families were sleeping at the local school buildings.

When I asked the leaders of ActionAid’s partner Organisation Femme De Tetes Ensemble de Grand Anse, all local Haitian women, about the current needs of women here, the first thing they mentioned was food, then shelter. There is no support for parents currently who are sleeping in the schools. They need funds and support to re-start their small businesses so that they can support their families. They also need to rebuild homes for protection.

Women are especially in danger of violence when living in conditions like these. And they need to ‘build back better’ so that when the next storm or earthquake comes their homes can withstand the pressure.

ActionAid with the support of our generous supporters is responding to those in most need. But, there is still a long way to go to make these communities safe. We will continue to work with local women’s organisations in the recovery and reconstruction phase to help them rebuild their lives.

We want to thank all of the very generous Irish supporters who donate to ActionAid Ireland and make our work possible.

If you want to support the Haiti earthquake appeal you can call us on 01 878 7911 or donate online at www.actionaid.ie.