Intention to apply for planning permission in 2022 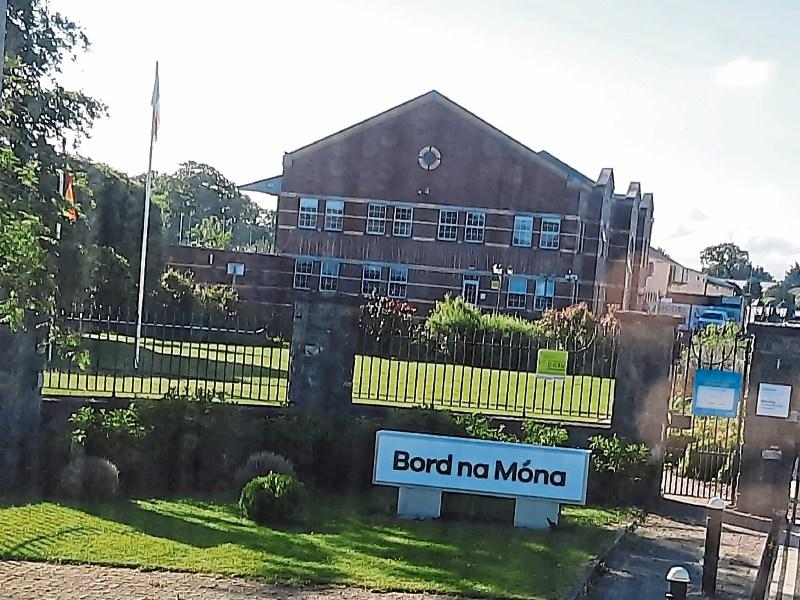 Bord na Móna said it intends to lodge a planning application early next year on its masterplan to open up its 2.5 hectare Newbridge site to the public.

BnM, which recently rebranded itself as a climate solutions company, said access will be given for the first time in 200 years to vehicles, pedestrians and cyclists.

A former British army base and later a factory and stores were located on the site before it became the corporate headquarters.

Mr Rafferty said: “For the first time ever, we plan to open up our gates to the public. We will have vehicle access right through our site.”

He insisted that the intention is to fully align the plans with the Local Area Plan for the town.

Plans to be lodged

A tender process to appoint architects and designers and the intention is to be ready to lodge a planning application in the first quarter of 2022.

The meeting heard the historic British Army Barracks will be retained and that a new corporate HQ is planned for close to the Main Street entrance to the site.

Mr Rafferty said: “From the very first meeting two or three years ago, the barracks was one of the key questions that the council had to us and we are always going to maintain that building.”

Cllr Kevin Duffy said: “It’s fantastic to see this site opening up and being developed for Newbridge. I think there is a huge opportunity for a mixed-use development which could start to change the dynamic in Newbridge town and provide lots of commercial opportunitie”s and space for amenities.

Cllr Fiona McLoughlin Healy raised her concerns about losing the green area inside the front gates of the site.

She said: “If there’s one thing that Covid-19 has shown us, it’s that we have to retain and protect more green spaces so I’m really disappointed.

“It would be a huge opportunity missed for the community to build on that rather than open it up.”

Mr Rafferty replied there were would be several green spaces inside and outside buildings and biodiversity would also be a key feature.

”We feel it’s the best way to open up green spaces within the site away from the hustle and bustle of Main Street — more chill out areas as opposed to a busy streetscape.”

In relation to the potential height of buildings, Mr Rafferty said he was conscious that there was a precedent set by the height of Whitewater Shopping Centre. He said the new HQ could potentially be a three to four storey building, and there is no reason the other buildings couldn’t follow suit without overshadowing the army barracks building.

Cllr Suzanne Doyle said that Newbridge is one of the very few destination retail towns in the country, let alone the county. She added: “I think creating that lovely boulevard through the centre of the site is going to be transformational.”