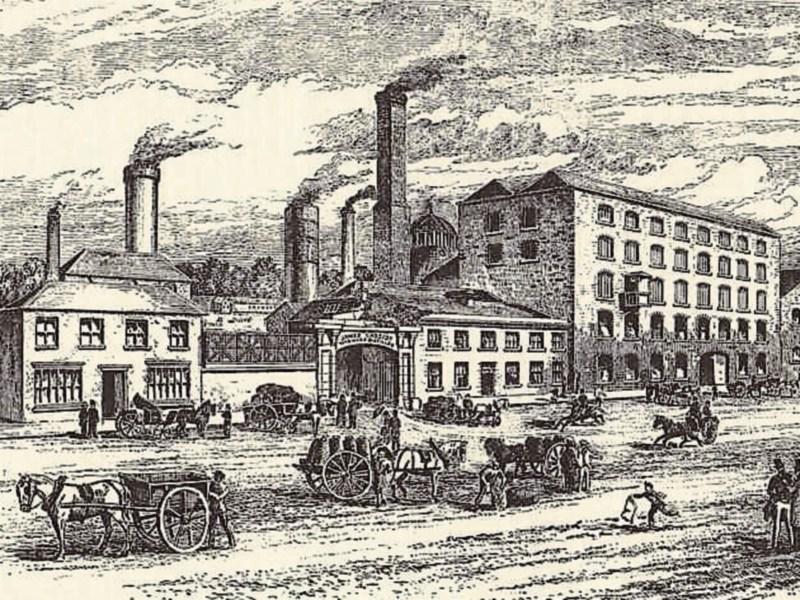 The distillery in its heyday in Monasterevin. Picture: Kildare.ie

There has been positive progress on the plan to regenerate the historic site of Cassidy’s Distillery and Brewery in Monasterevin which dates back over 200 years.

Mayor of the local Municipal District, Cllr Kevin Duffy, confirmed that an expression of interest form on the project has been accepted as part the Towns and Village Renewal Scheme under the Government's Project Ireland 2040.

From the 1780s on, Cassidy’s Brewery and Distillery produced porter, ale and whiskey in a major operation and employed up to 100 people in jobs such as clerks, copper smiths, coopers, carpenters, brewers and distillers.

The ingredients for the liquor — barley, oats and rye — were bought from farmers in the neighbouring district.

Barrels of beer and whiskey was delivered on horse drawn carts to neighbouring counties of Laois and Offaly, Wicklow and Dublin as well to England and the US.

Cllr Duffy said: “Over the last year, I have been working with the landowners and Kildare County Council on the proposed regeneration of the Cassidy’s Distillery and Brewery site in Monasterevin.

“The goal is to enhance the town's environment, develop a range of new uses for the site such as commercial, community, cultural, educational and residential, and generate local employment.

“Under the Government’s Project Ireland 2040, Towns and Village Renewal Scheme, I prepared an expression of interest form seeking funding to commence a masterplan design concept for the site — an initial first step to start the regeneration process.

“It’s been confirmed that our expression of interest for Monasterevin project fulfils the requirements for the scheme and we are in the process of preparing the main form application."

He added: “This is positive news — a small step on what will be a long-term project to regenerate our town centre and create space for a range of new uses for the site and generate local
employment.”