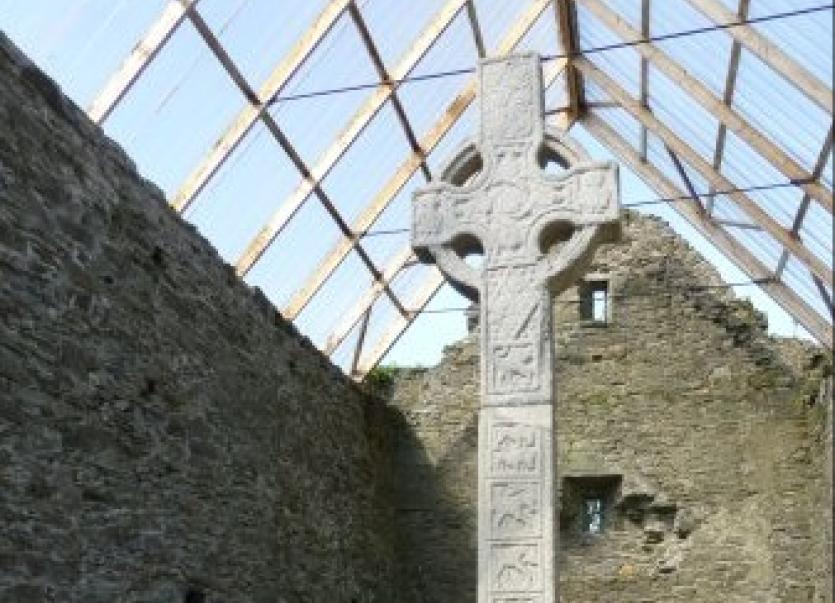 Kildare Gardaí have said there is a rise in the use of illegal metal detecting at preserved monuments and sites of National significance in the county.

The use of these devices can cause damage to the sites and offenders are liable to big fines or imprisonment.

The use of a detection device for the purpose of searching for archaeological objects carries a fins of up to €63,486 and/or up to 3 months imprisonment.

National monuments in Co Kildare include the Moone High Cross, Jigginstown House in Naas, Castledermot Round Tower, the Old Kilcullen site and the Punchestown Standing Stone.

A Kildare Garda spokesperson said: Gardaí wish to draw the public's attention in relation to the rise of illegal metal detecting at preserved monuments and sites of National significance in this jurisdiction.

"The unregulated and inappropriate use of detection devices causes serious damage to Ireland’s archaeological heritage."

The National Museum of Ireland said the unregulated and inappropriate use of detection devices causes serious damage to Ireland’s archaeological heritage and is subject to severe penalties under the National Monuments Acts 1930 to 2014,

It is illegal to be in possession of a detection device at monuments and sites protected under the National Monuments Acts or to use a detection device to search for archaeological objects anywhere within the State or its territorial seas; without the prior written consent of the Minister for Culture, Heritage and the Gaeltacht.

It is illegal to dig or excavate for archaeological objects, or to dive on a protected wreck, anywhere in the State or its territorial seas, without the prior written consent of the Minister.

Anyone who finds an archaeological object must report it to the National Museum of Ireland or designated local museum within 96 hours.

Objects that are most commonly located by metal detectorists in Ireland, such as coins, tokens, buttons, clothes fasteners, thimbles, keys, seals, weights, strap ends and belt mounts, all fulfil the definition of ‘archaeological objects’ which may only be searched for under licence from the Minister for Culture, Heritage and the Gaeltacht.

Therefore it is advisable not to engage in any general searching for lost or buried objects as to do so may place you at risk of prosecution and also endanger the archaeological heritage.