Company insists the development is safe and necessary 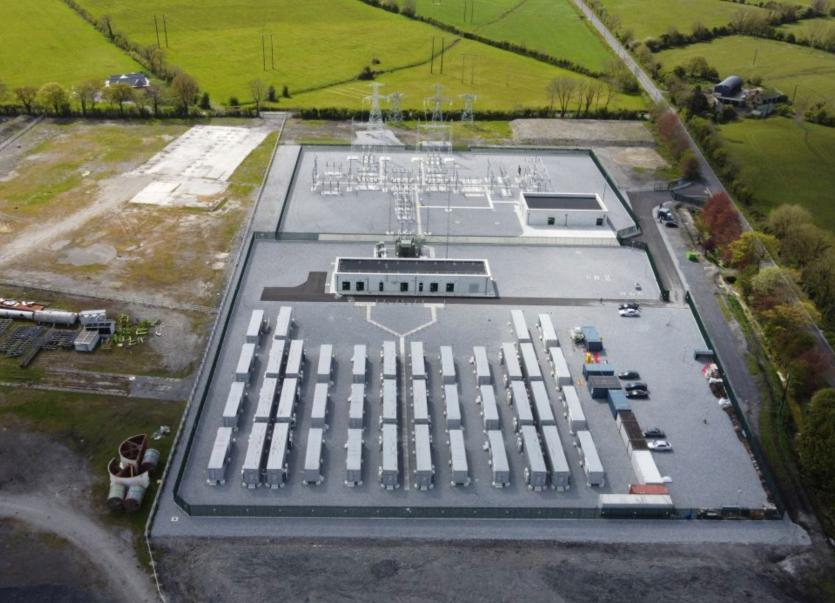 An image of a similar development in County Offaly

Residents living on the outskirts of Naas are canvassing public support for a campaign of opposition to a proposal for up to 76 battery storage units.

They claim that the development - which is being considered by Kildare County Council - will have adverse ecological, social, environmental and ecological effects.

Specifically it’s claimed that  the batteries may lead to fires, explosions and the release of toxic combustion products “upon failure.”

The applications run in tandem with a preliminary application by the company for a 220kV substation and a grid connection at an existing sub station.

If approved it will be built at Dunnstown, near Two Mile House and Brannockstown, just off the route which connects the Naas-Kilcullen Road with Dunlavin.

But “there are real and tangible concerns within our community that must be addressed.”

He said each of the storage units will house tens of thousands of lithium-ion cells and there has been a troubling frequency of decimating fires linked to lithium-ion batteries that have occurred in the US, UK, South Korea and Australia.

“These are no ordinary fires due to the chemical makeup of the batteries; the blazes are not easily treated, need specialist expertise to manage and can take days to get under control.”

SPP representative Paul Carson said the company has many years of experience analyzing renewable energy and he said there are no safety issues associated with the project.

“I’ve been involved in renewable energy since 2010; we have a lot of experience and we approach these developments from a detailed and technical point of view. This will not have the impact that is suggested. We are categorically certain it will not have any impact,” said Mr Carson.

He said similar plants have been constructed elsewhere without problem.

He also said that the only way that Ireland can meet climate targets in the future will be if it embraces renewable energy, be it wind or solar power.

Mr Carson also said that the only way that future electricity supply can be guaranteed is through developments like what’s planned near Two Mile House.

He said it is imperative that Ireland moves away from fossil fuels as a source of energy and cited the example of a similar facility between Tullamore and Banagher in County Offaly which was opened without objection.

“Battery technology is very advanced. It just so happened that Ireland is a little slow to embrace it.”

He said the 220 kV substation is a requirement of Eirgrid, which develops and operates the national electricity grid.

The County Kildare Fire Service will, he added, also have to approve the development “and this won’t happen unless it  is confident we can meet all the regulations.”

Mr Carson said he has offered to meet with the residents.

The application also seeks to provide a control room, a switch room and switchgear unit as well as CCTV cameras and site access roads.

Submissions will be accepted by Kildare County Council up to June 9 and a decision is due on June 30.