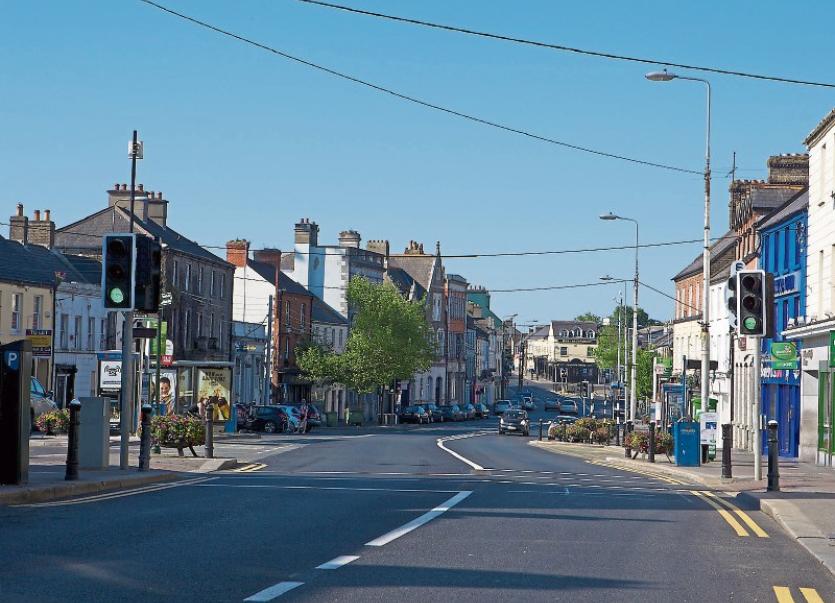 Residents who successfully campaigned against the completion of the Naas ring road system are again objecting to the creation of a road which will pass close to their estates.
In June 2019, the €10m Naas ring road, linking Dublin Road and Blessington Road, was overwhelmingly rejected by local councillors.
The controversial route, which would have connected Dublin Road with Blessington Road, was thrown out by a huge majority (6-1) of the councillors representing the Naas area at their first meeting after the local elections took place on May 24 that year.
The issue had been a hot pre-election topic, and the councillors were lobbied by residents living in areas closest to the route.

Representations came principally from those living in The Gallops, Kings Court and Racecourse Gate.
Local homeowners warned of traffic congestion on Blessington Road and on Ballycane Road, which is already busy.
However the then Kildare County Council’s director of services for Transportation Niall Morrissey said he was “flabbergasted” by the decision. He said the route was decided after a thorough, independent and scientific process, which was procedurally correct.
The issue has emerged again as part of the draft Naas local area plan.
However because the road forms part of an overall plan for the Naas area — rather than being considered as a single issue — it will come before a full Kildare County Council meeting for decision as to whether it should go ahead, as is the practice for all area plans
KCC says this plan was formed on the basis of “evidence based assessments” with reference to plans and strategies for the east end midlands region.
In a statement to the Leinster Leader, the council said the option referred to as the Gallops Avenue, which follows the route of what was formerly referred to as the inner relief road, “scores positively in terms of economy, integration and physical activity by providing relief of congestion on Main Street and the Dublin Road, thereby achieving the overall objective compared to the number of options proposed.”
The council is also stressing the importance of ‘connectivity and linkages’, in and around the town of Naas as extremely important, not just for vehicles but also for pedestrians and cyclists. “In order to encourage and facilitate greater cycling and walking, more direct orientation and way-finding is important.”
KCC also points out that plans for an inner relief road date back to 2006, but didn’t proceed at that time because of financial constraints.
The council says the route should have the appearance of a street, an avenue or a boulevard - rather than a highway or a major road that generates excessive traffic. “It is envisaged that the design will provide a generous tree lined verge, segregated cycle lanes and pedestrian paths.”

Objections
However, plans to revive the ring road have met with opposition from some residents who live close to the route.
A large number of submissions have been received from the residents about the plan. While the impact on the homes of these locals is at the root of at least some of the opposition, they also complain that not enough amenities have been provided. Some are critical of a proposal to build another route which would link Newbridge Road to Sallins Road.
According to a group representing many objecting residents, the observations and submissions relating to the area plan reflect the level of dissatisfaction. The group has raised issues relating to roads and permeability and the need for an outer ring road. It also raised issues regarding transport at the canal, the canal harbour, Finlay Park and at Millbridge Street (the Newbridge Road-Sallins Road link).
The group says their view is that the inner relief route is ‘outdated and ill fitting’, has not changed since its rejection, and the group does not support any proposals “which contradict a forward vision for Naas.”

EU Pressure
There is strong pressure coming from the European Union to plan towns so that they are more user friendly for pedestrians and cyclists. This informed the yet to be undertaken Dublin Road upgrade in Naas, which will have cycle lanes and bus stops, according to Kildare County Council.
“It’s a concept that envisages less car park spaces on the street, more public realm areas, reducing the traffic in towns for health (air pollution) and safety reasons and providing better facilities for those not driving cars,” it stated.