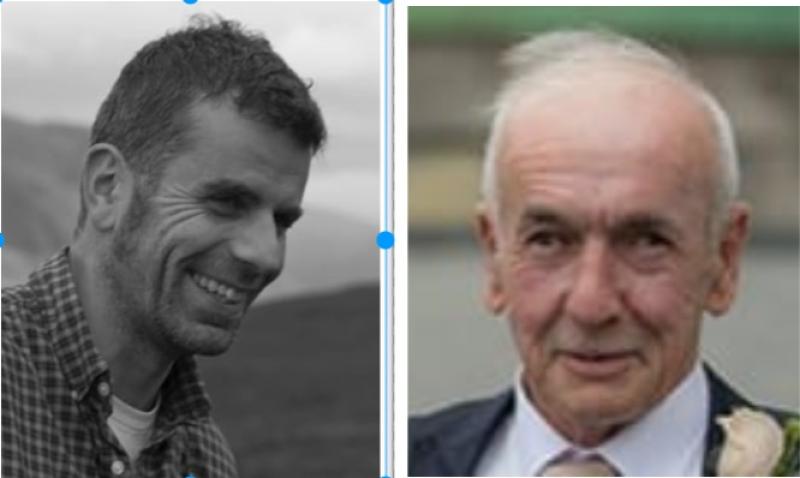 In the interest of Public Health, JJ's funeral will be private. His family thank you for your support and understanding at this difficult time.

A private family Mass will be celebrated on Saturday (May 1st) in the Church of the Immaculate Conception, Ferbane at 10am (Max 25 people), which may be viewed on www.ferbaneparish.ie.Interment afterwards in Kilrehan Cemetery.

Friends and neighbours are welcome to stand along the route to the church and cemetery, while following Social Distancing Rules.

The death has occurred of John Donnelly, Moorefield Park on 24 April. John, son of the late Ellen and Jim; sadly missed by his family and friends.

Due to current restrictions on public gatherings, a private family funeral will take place. Removal from Anderson and Leahy's Funeral Home on Saturday to arrive at St Conleth's Parish Church for Mass at 11 o'clock. John's Funeral Mass will be live streamed on newbridgeparish.ie. Funeral afterwards to St. Conleth's Cemetery, Newbridge.

Due to current Government guidelines regarding public gatherings, a Private Funeral will take place. Those who would like to join the private funeral service remotely by webcam can do so by clicking on https://www.naasparish.ie/our-parish/naas-webcam/ or via the Naas Parish App under the Web Cam Folder on Saturday at 10.00am.

The death has occurred of Barry John O'Mahony, Clane, Kildare / Monaghan. He passed away suddenly on April 26. Sadly missed by his parents Noel and Noreen, brother Gerard, sister Cara and their partners Úna and Andrew, nephews Thomas, Ryan and Cian, niece Áine, extended family, relatives and friends. Removal from the family home on Thursday at 1.15pm to St Macartan’s Cathedral for Requiem Mass at 2pm. Burial afterwards in Latlurcan Cemetery.

In keeping with HAE / government guidelines, the house and funeral will be private.

Mass can be viewed online at https://www.mcnmedia.tv/camera/st-macartans-cathedral-monaghan