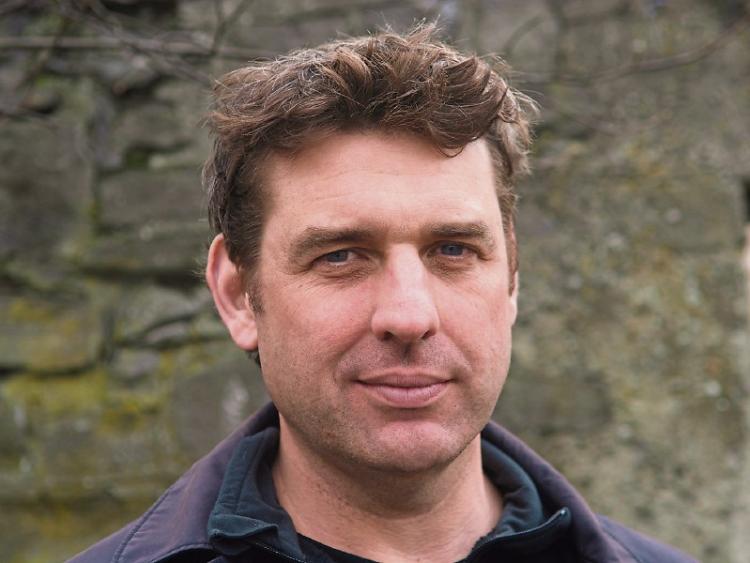 A journalist and author who was raised in Kildare is preparing for the publication of his new novel in June.

Ed O’Loughlin’s This Eden is being described as a smart modern-day adventure reminiscent of both the cyber noir novels of William Gibson and the golden age of espionage fiction.

Mr O’Loughlin grew up in Kildare town where he moved from his native Toronto, Canada, aged six.

Starting out as a foreign correspondent in the 1990s, Mr O’Loughlin reported on Africa and the Middle East for a variety of media organisations, including the Irish Times, the Sydney Morning Herald, the Age of Melbourne, the Christian Science Monitor and The Independent of London.

Mr O’Loughlin currently lives in Dublin with his wife and two children.

This Eden follows the main character Michael who is headhunted by sinister tech mogul Campbell Fess, who transplants him to Silicon Valley.

There, a reluctant female spy named lures him into the hands of Towse, an enigmatic war-gamer, who tricks them both into joining his quest to save the world, and reality itself, from the deadliest weapon ever invented.

Hunted by government agents and corporate goons, manipulated at every turn by the philosophising Towse, Michael and the female spy find themselves in an intercontinental chase which will take them from California to New York, from the forests of Uganda to Jerusalem, Gaza, Alexandria, and Paris, and to a final showdown with the truth in the spy’s native Ireland.

Mr O’Loughlin’s first novel, Not Untrue & Not Unkind was longlisted for the Man Booker Prize 2009 and shortlisted for the Kerry Group Irish Fiction Award.

A second novel, Toploader, a darkly comic vision of the ‘war against terror’, was published by Quercus in 2011.

His third novel, Minds of Winter, was published in August 2016.

This Eden is published by Canadian-based House of Anansi Press Incorporated on June 1.