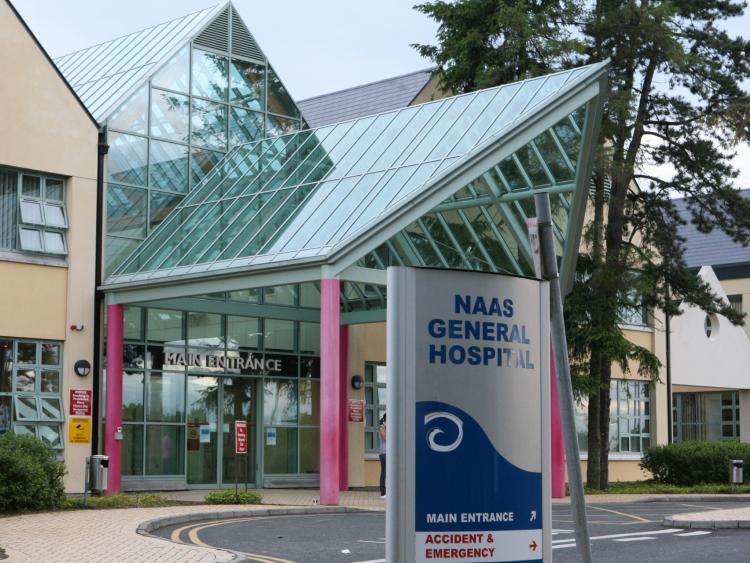 Overstretched resources at the Lakeview unit, attached to Naas General Hospital, may be unable to cope with the likely rise in mental health issues associated with the Covid-19 pandemic.

The HSE has plans for a comprehensive upgrade of the unit, which provides short term care for people with acute mental health needs.

A new purpose built unit - which will increase capacity from 29 to 50 beds - is at an advanced planning stage and this process includes looking at other recently designed purpose built mental health facilities.

Final designs have been agreed and it’s anticipated that a planning application will be made to Kildare County Council between July and September. It’s hoped that construction, subject to money being available, will start a year later.

The new facility will have access to the garden courtyard - a place offering tranquility and calm on the hospital site, and terraces and natural light will be used creatively to create a healing environment.

There is concern, however, that healthcare authorities will be faced with a deluge of mental health issues affecting all age groups in the wave of the pandemic.

Sen Fiona O’Loughlin, who has campaigned for better mental health services, said the need for improved services at Lakeview was apparent prior to Covid-19.

“Lakeview was built in the 1980’s when the population of Kildare - west Wicklow was 138,000.  It now serves a population of close to 242,000 and does not have the infrastructure to cater for that population size.  Many people in need of urgent mental healthcare are being sent to Portlaoise or Dublin,” she said.

“We need services to keep up with the needs within the community and it is clear that in some areas, like Newbridge, many younger people need help, but not necessarily on an in-patient basis,” said Sen O’Loughlin.

She said that many of the mental health consequences of the lockdown have manifested themselves in eating disorders, especially among young people.

“There is a feeling that people cannot control what is happening around them like isolation, job losses or the financial impact, but they can control what they eat,”

Sen O'Loughlin said there is a need for more beds in this area for people with eating disorders, pointing to an article in the Irish Medical Journal which noted a 66% increase in hospital admissions for EDs last year compared to 2019.

”Eating disorders have the highest mortality rate of any psychiatric issue and therefore these statistics are concerning,” added Sen O’Loughlin.

She welcomed the fact that Newbridge is to be the venue for a Jigsaw programme, which offers mental health advice and support both in person and online for the 12-25 years cohort.

“The only concern I have is that there is not a total reliance on online counselling because there is no substitute for face to face contact,” said Sen O’Loughlin.

Cllr Adian Farrelly, who has been a youth advocate, was positive about the expansion at Lakeview.

“It’s to be welcomed and I wouldn’t want to be seen as critical. But it’s clear too that young people are being impacted. For two years now Leaving Certificate classes have been taught online and it’s easy to miss the emergence of problems among students in an out of classroom setting,” said Cllr Farrelly.

He added that because Lakeview is for adults, a separate facility is needed for young people.

“I don’t believe we’ve seen the full impact of the virus yet,” he said.

At a recent sitting of Naas District Court it was claimed that a man who sought help from Lakeview “was turned away.” The man appeared on charges of breaking windows at the local garda station and a pub in Robertstown and is now at Cuan Mhuire.

Solicitor Tim Kennelly said the man broke the windows to be arrested adding “it was a cry for help.”

In response, the HSE said admission is only considered when there is no other safe alternative treatment plan available in the community.

“Many patients are seen, assessed and treated with an individualised treatment plan that does not involve admission to hospital. If an admission is deemed clinically necessary and a bed is unavailable in Lakeview, a number of other steps are taken including admission to other psychiatric units, most often Portlaoise,” said a HSE spokeswoman.