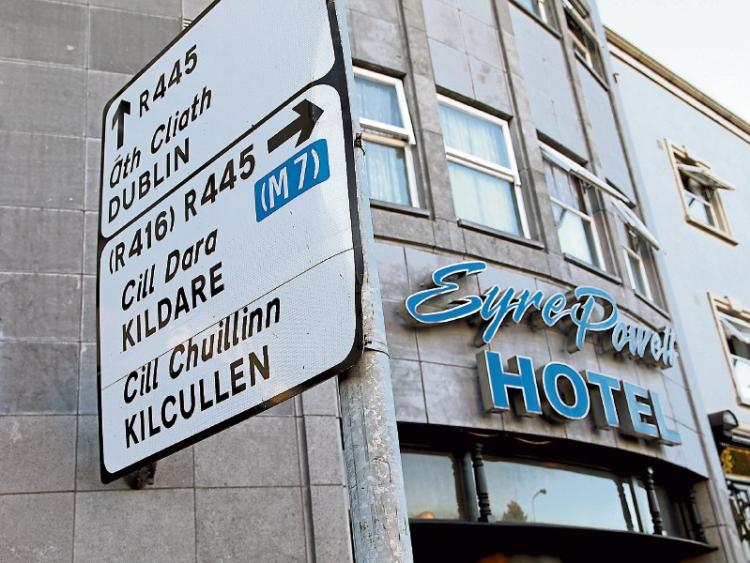 Millions of euro has been paid to former Kildare hotels which provide services to asylum seekers, new figures show.

A total of around €15m has been provided to companies operating the Eyre Powell Hotel in Newbridge between 2004 and 2018.

The value of Direct Provision contracts is not disclosed for the past two years to protect the commercial sensitivity of current arrangements.

The largest single amount paid to the operators of the Eyre Powell was €1.965,600 for a two-year contract between May 2004 and May 2006 when a capacity of 100 asylum seekers was registered at the venue.

The latest available figure is for 2019 when just over €69,000 was paid out for a services between December 2018 and June 2019 when a capacity of 87 asylum seekers was registered at the location.

The contractor listed changed from Cherryport Ltd to Peachport Ltd between 2013 and 2014.

The former Hazel Hotel, which is an Emergency Reception and Orientation Centre, received a payment of almost €5m for services between February 2016 and August 2018. Other smaller payments were made in 2015 and 2019 — also to the contractor Oscar Dawn Ltd.

Around €25m was paid to the former Montague Hotel on the Kildare/ Laois border between 2009 and 2019. This venue is trading under the name: Fazyard Limited.

The figures were published by the Reception and Integration Agency (RIA) which is a unit of the Irish Naturalisation and Immigration Service (INIS).

The RIA said it contracts-in a comprehensive range of services and facilities, which include accommodation, housekeeping, etc., for a fixed sum over the period of the contract.

A statement added: “RIA endeavours to achieve the best value for money in relation to such contracts, in respect of which negotiations can take place with a number of commercial entities.

“It is not in the interests of the taxpayer that current details of individual contracts are made known both to the public and to other parties who are, or may be in the future, engaged in negotiations with the RIA.”

Under this system, RIA seeks to ensure that the material needs of residents, in the period during which their applications for international protection are being processed, are met.

Meanwhile it was announced last month that the end is in sight for Direct Provision Centres as a plan was published to stop asylum seekers being housed in former hotels and other communal buildings on a long term basis.

Instead, new arrival centres are planned during what is termed a four-month ‘orientation’ phase.

At the end of this period applicants, people whose protection claims are still being processed, will get their own room or own door accommodation in a community.

A White Paper said Direct Provision will be phased out over the next four years.