New Sallins Bypass is set for a 'soft opening' 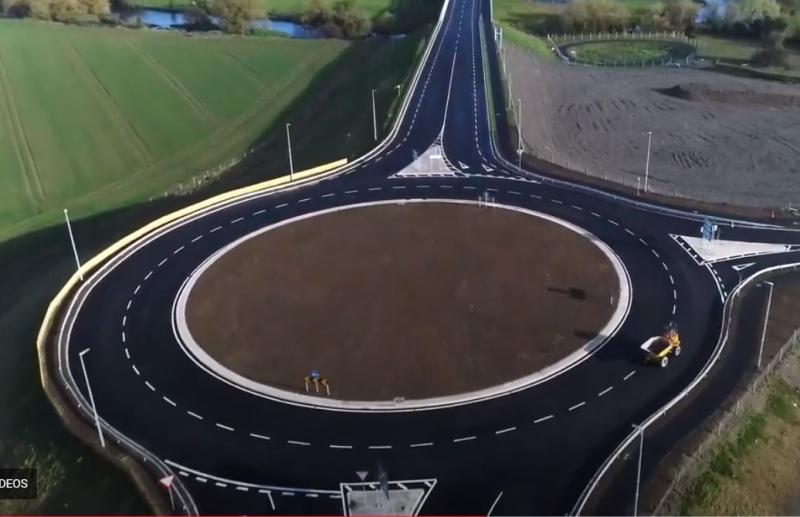 A Roundabout on the new Sallins Bypass / Photo: SIAC/Colas

A safety audit has been conducted on the Sallins bypass and the new interchange on the M7 ahead of the opening.

The bypass and the interchange, which will link Millennium Park in Naas with the motorway are the remaining strands of the a €110m project which has already seen the motorway between Naas and Newbridge extended to three lanes on either side.

The Leader understands that some relatively minor queries were raised by Kildare County Council following the safety check and will be addressed by the contractor Siac Colas JV.

It is also understood that a “soft” opening of the infrastructure was hoped for towards the end of this week — but this is likely to happen next week instead now.

However given the onset of the Easter holiday period it may not be possible to get the minor outstanding works done by the end of this week.

It is also believed that motorists will be using the motorway and junction for some months before an as yet unscheduled official opening actually takes place.

Concerns have also been raised about facilities for cyclists and pedestrians and it is understood that these may be addressed at a later date — and after the junction and bypass have opened.