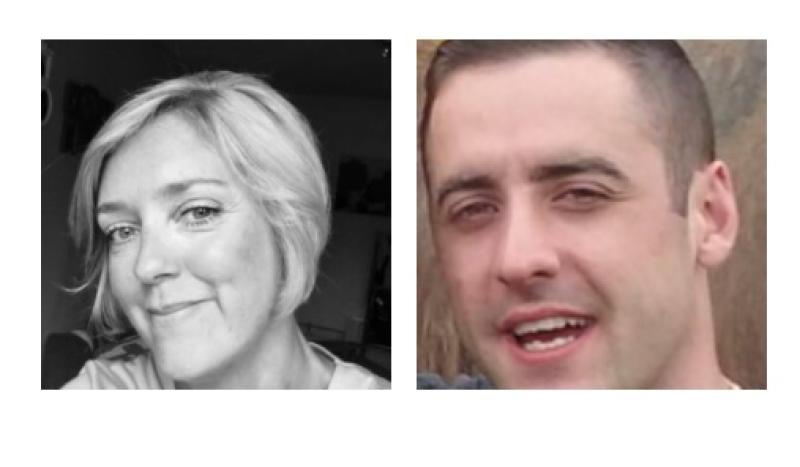 Due to current government Guidelines, a private family funeral will take place for Ian. Ian's funeral mass can be viewed on Saturday morning at 10am by clicking on the following link:

The funeral cortege will be leaving Ian's residence on Saturday at approx. 9.30am to arrive at St. Patrick's Church, Celbridge for 10am Funeral Mass, followed by burial in Donacomper Cemetery, for those that would like to line the route in a socially distanced manner.

Funeral arriving at the Church of Ss Mary and Laurence, Crookstown on Saturday morning, 27th, for 11am Requiem Mass, burial afterwards in the adjoining cemetery.

Due to current guidelines regarding public gatherings, a private funeral will take place restricted to 10 people in the church. The Funeral Mass will be live streamed on

The death has occurred of Sue Greene, Newbridge, Kildare / Tallaght, Dublin. She passed away on March 23, peacefully and unexpectedly at St James Hospital. A true and loving daughter to Anne and Pat, Bobby and Jugi. A beautiful presence in the lives of her sister Paula and brother Rob. Sue will be so very sadly missed by her family, her brother-in-law Ciarán, sister-in-law Caitlin, nephew Eoin, nieces Ava, Saoirse and Esme, extended family, and her wonderful neighbours and friends. Special mention to Sue’s Fur Human, her beloved pet Sam.

A private family funeral will take place due to Government advice regarding public gatherings. In compliance with the current HSE guidelines, the funeral will be limited to 10 people. Sue’s Funeral Service can be viewed on Friday afternoon, March 26, at 2pm on the following link https://www.mcnmedia.tv/camera/newslands-cross-cemetery-crematorium . All enquiries to Fanagans Funeral Directors, Tallaght Village – 01 451 6701.

A private funeral will take place due to government advice regarding public gatherings. Those who would have liked to attend the funeral; but due to current restrictions cannot, may view Kitty’s Funeral Mass online on Friday, 26 March, 2021 at 12noon by clicking this link; https://www.celstra.ie/live-feed/. You may also leave your personal message at www.cunninghamsfunerals.com.