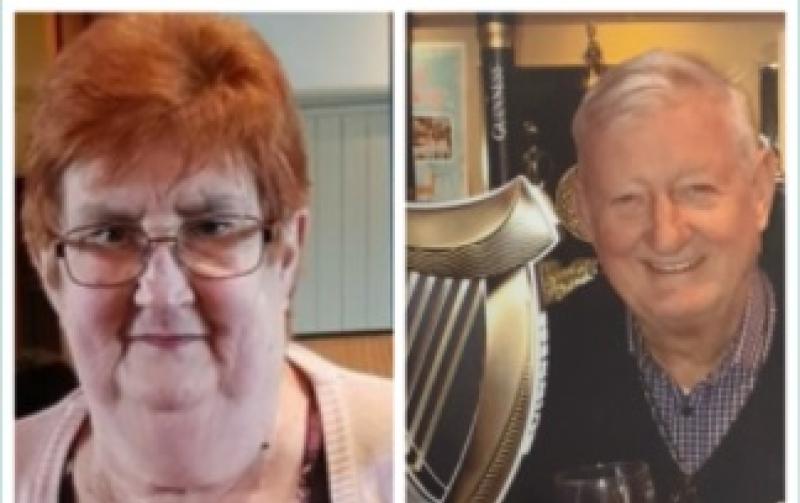 Due to government advice regarding public gatherings, a private Funeral Mass will take place for family.

Funeral Mass for John takes place at 10am on Friday in St. Coca's Church, Kilcock and can be viewed on https://www.kilcockandnewtownparish.ie/webcam/, followed by burial in St. Joseph's Cemetery. Family flowers only, donations to a charity of your choice.

Due to current government guidelines, a private funeral will take place for Mary.

A private Funeral Mass will take place due to Government advice and HSE restrictions on public gatherings. Removal from his residence by Anderson & Leahy Funeral Drectors on Friday morning to arrive at St. Conleth’s Parish Church Newbridge for 11 am Mass. Vincent’s funeral can be viewed on the parish webcam at https://www.newbridgeparish.ie . Burial afterwards in St. Conleth’s Cemetery. Newbridge.

The funeral cortège will be pausing at Corrachoill Park and Brookes Mill en route to the Church of Our Lady & St. Joseph, Prosperous, for 11am private Funeral Mass. Those who would like to line the route, may do so in a safe and socially distanced manner.