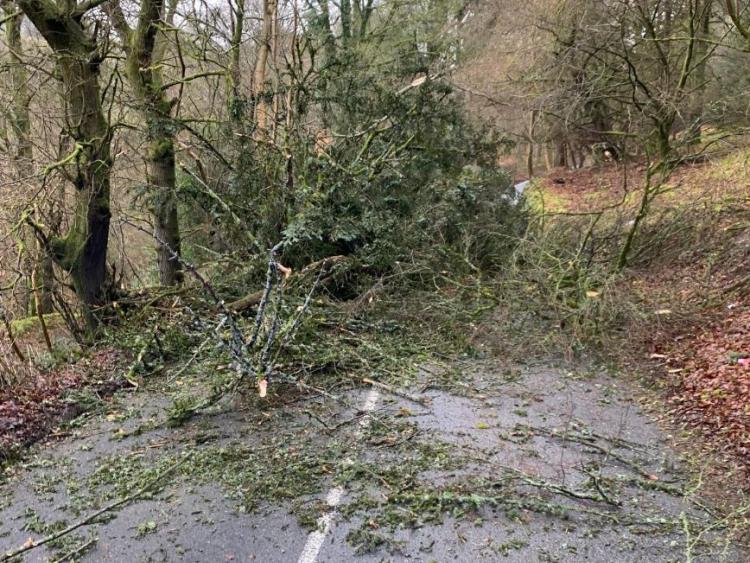 A tree blocking the Saggart to Brittas Road on the Kildare/Dublin border/ PHOTO: Dublin Fire Brigade

The Road Safety Authority (RSA) is asking road users to exercise caution amid high winds today and to watch out for falling/fallen debris on the road and vehicles veering across the road.

Met Eireann Yellow weather warnings for heavy rain and strong winds continue for all parts of the country.

There is a Yellow Rainfall warning to 9pm today and heavy rainfall may lead to some river flooding and localised surface flooding.

There will be rainfall totals of 30 to 50mm, higher in mountainous regions.

A Wind Warning has also been issued for the entire country from 6am today, Tuesday until 6pm with gusts of 90 to 110km/h.

Road users in areas affected by the warnings for heavy rain are advised to check local traffic and weather conditions before setting out on a journey.

The following advice is being given to road users on foot of the weather warnings: