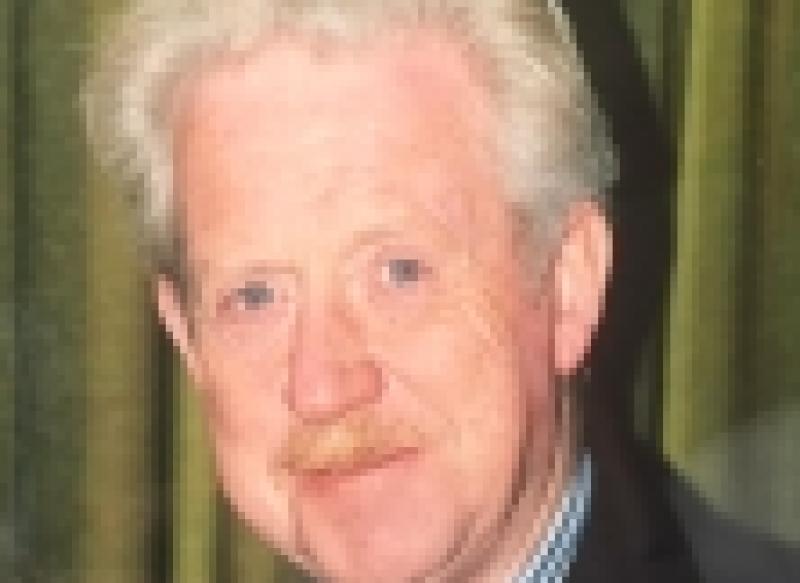 The death has occurred of Mary (Moll) O'Toole (née Maguire) of Baltracey, Donadea. She passed away on February 3, peacefully at home, surrounded by her loving family, in her 99th year. beloved wife of the late James and mother of the late Seamus and Beth, deeply regretted by her loving children Margaret, Mary and Patrick, son in law Ned, grandchildren, great grandchildren, sister Lilly, brothers Richie and Michael, nieces, nephews, relatives and friends.

Due to current government guidelines, a private family funeral will take place for Mary. Mary's Funeral Mass can be viewed on Friday morning at 11am by going to https://www.claneparish.com/webcam/

A private Funeral Mass will take place on Friday, 5 February, at 11am in Gormanstown Church followed by burial in adjoining cemetery.

The death has occurred of Sr. Cabrini Fortune, Dublin 8, Dublin / Cleariestown, Wexford / Kildare. The death has occurred of Sr. Cabrini Fortune (Mary Brigid), Presentation Sisters, Warrenmount, Blackpitts, Dublin 8 and formerly of Cleariestown, Co. Wexford, on 2 February, peacefully, in the loving care of the staff at Shalom Nursing Home, Kilcock, County Kildare. Sr. Cabrini is predeceased by her parents, John and Bridget, her brothers Martin and Tom. She will be sadly missed by her sister Margaret 0’Connor, her brother Jack, sister-in-law Nan, her niece, nephews and grandnephews, Presentation Sisters in Ireland, Pakistan, India and California, her extended family and her many friends and former colleagues.

In line with Government and H.S.E advice regarding public gatherings, a small private funeral will be held. To View Sr. Cabrini’s Funeral Mass via webcam on Thursday 4 February 2021 at 11am please see link - https://mcnmedia.tv/iframe/f7f62bfa4ac6889cc9167ae31dda6ac94a291a29

May He Rest in Peace. Funeral Arrangements Later.

The death has occurred of Colette O'Connell, Celbridge, Kildare / Lucan, Dublin. She passed away peacefully on February 3 at Tallaght Hospital. Beloved wife of Robert Heffernan and much loved mother of Henry and Sam. Sadly missed by her loving husband, sons, father, sisters, mother-in-law, father-in-law, nephews, nieces, relatives and friends.

A private funeral will take place due to government advice regarding public gatherings. Those who would have liked to attend the funeral; but due to current restrictions cannot, may view Colette’s Funeral Mass online on Friday 5 February at 11am by following this link - https://www.celstra.ie/live-feed/