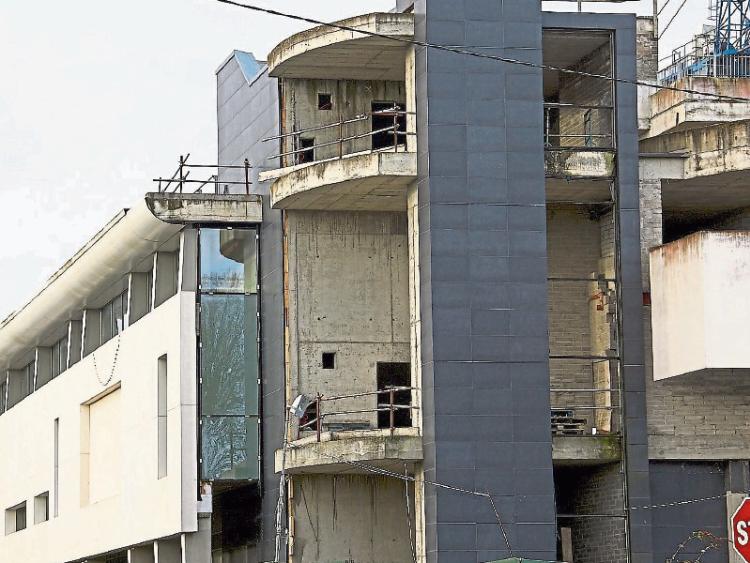 Work has started on the transformation of Naas Shopping Centre.

This follows news that local businessman Ger Roche of the Roche Group, proprietor of the Vista medical centre at Ballymore Road, is to develop the centre which was originally built by locally based developers Marshalsea  - and was originally due to open eleven years ago.

It’s planned to open a major pharmacy on the site.

And there will be between 70-80 apartments, most of which will be rented with an emphasis on providing independent living accommodation for older adults.

Another difference from the original plan will be a reduced number of shopping units -  to 20 from 40.

The redesigned structure sits on a 300,000 square foot (4 acres) site and will also provide offices with some of these being taken up by healthcare providers.

Since then the new owning company has secured a licence under the Planning and Development Act (200), which enables it to start some essential clean up works on the site.

This includes the replacement of the old dirty hoardings with new hoarding which will mean they’ll have to block off some of the footpaths (Corbans Lane) temporarily whilst these are going on.

Aesthetically this will improve the look of the site.

Inside the building some major works will proceed now to repair some old fire damage within the structure.

It is also understood that there is considerable engagement taking place between the company and Kildare County Council.